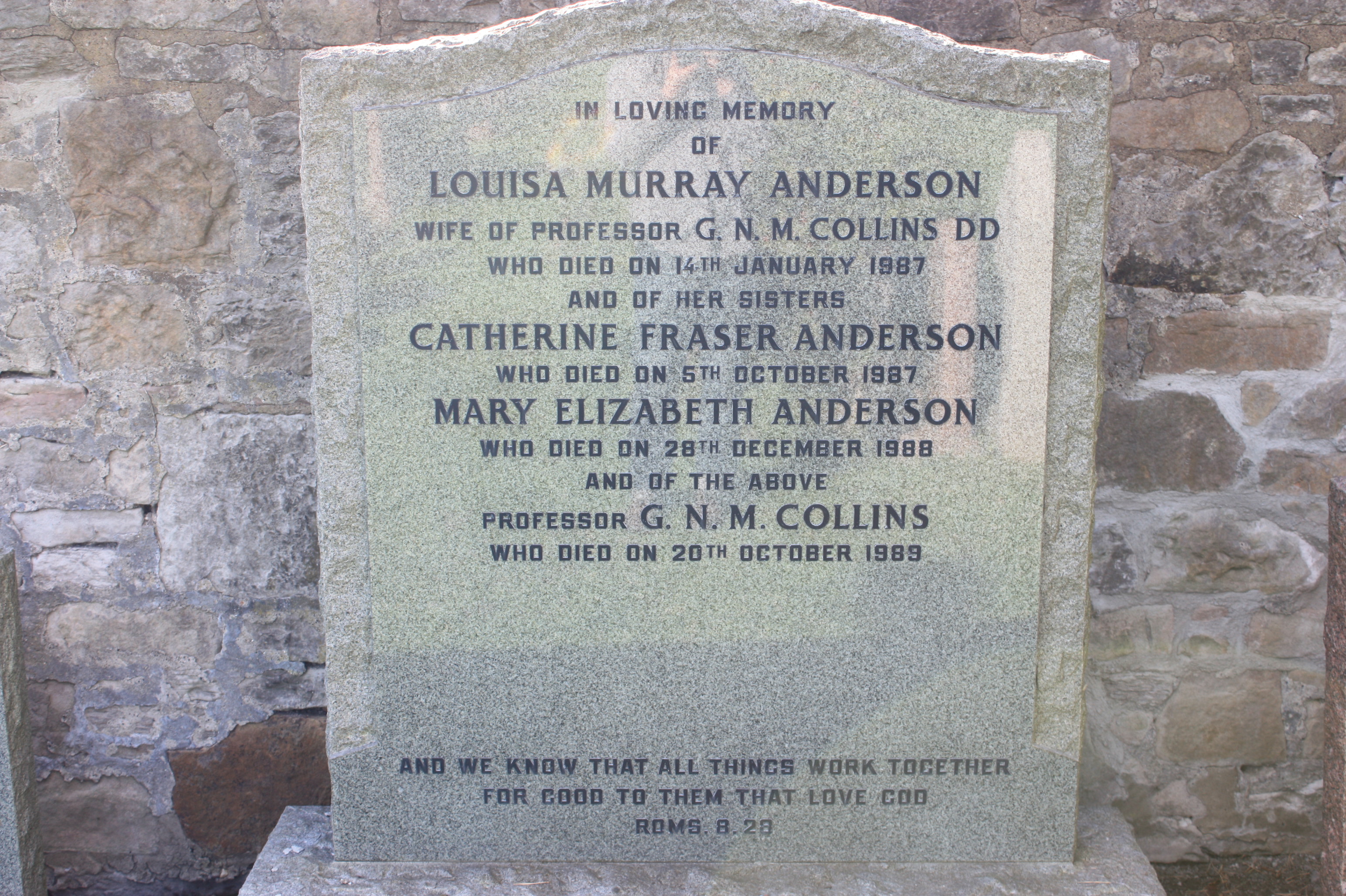 He was born in London in 1901 but raised in Elphin in the Scottish Highlands, where he was endoctrinated into the ideologies of the Free Church of Scotland.

He originally trained as a journalist and then decided to join the ministry to serve the Free Church of Scotland. He was ordained in 1928 and originally served in the Free Church in Greenock. In 1938 he moved to Edinburgh. Here he served as minister of St Columbas Free Church and also began as a Professor of Theology at the Free Church College (1963-1983).

He died on 20 October 1989 and is buried with his wife in the Grange Cemetery in southern Edinburgh. The grave lies against the south wall of the modern west extension.

He was married to Louisa Murray Anderson (d.1987). They had no children.