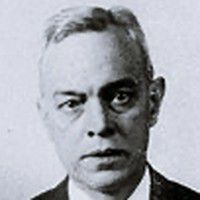 Kinnicutt was born on January 23, 1877 in New York City. He was the eldest of two sons born to Susanna Eleonora (née Kissel) Kinnicutt (1852–1910) and Dr. Francis Parker Kinnicutt (1846–1913), who served for many years as trustee and president of Columbia-Presbyterian Medical Center. Dr. Kinnicutt was also a close friend of novelist Edith Wharton, and owned a "rambling Colonial Revival house on Cliffwood Street overlooking the golf course," known as Deepdene (designed by Bruce Price) in Lenox, Massachusetts. Among his siblings was brother Francis Harrison Kinnicutt, a Harvard Law School graduate who married Margaret Chanler Emmet (daughter of C. Temple Emmet, granddaughter of John Winthrop Chanler, and descendant of John Jacob Astor).

He was named after his maternal grandfather, Gustav Hermann Kissel, a Hesse born banker, and the husband of Charlotte Anna (née Stimson) Kissel. His paternal grandparents were Francis Harrison Kinnicutt (a descendant of Roger Kinnicutt who emigrated to America c. 1635) and Elizabeth Waldo (née Parker) Kinnicutt (herself a niece of Governor of Massachusetts Levi Lincoln Jr. and granddaughter of Levi Lincoln Sr., the 4th U.S. Attorney General).

Kinnicutt graduated from Harvard University in 1896.

In 1934, Kinnicutt appeared in Washington before the House Interstate Commerce Committee as a representative of eighteen investment firms from New York to "protest what was termed the paralyzing legislation of the Fletcher-Rayburn stock exchange bill." He also joined with other prominent investment bankers to demand Federal supervision over regulation of stock markets.

During World War I, Kinnicutt was chairman of the Liberty Loan Committee in New Jersey. Like his father, she served as a trustee of the Columbia-Presbyterian Medical Center, and also as president of the Presbyterian Hospital School of Nursing.

On April 18, 1907, Kinnicutt was married to May Appleton Tuckerman (1886–1947) at the Church of the Incantation at Madison Avenue and 35th Street. She was the daughter of Bayard Tuckerman and Annie Cotton (née Smith) Tuckerman, and sister of Bayard Tuckerman Jr. Together, the Kinnicutts had homes in Manhattan, Maine, Paris, and a large summer home in Far Hills, New Jersey known as Mayfields. He collected antiques, including furniture later described by his interior designer daughter as "that awful English brown." May and Hermann were the parents of four children, three of whom lived to adulthood:

Kinnicutt died of a heart ailment on December 6, 1943 at 65 East 82nd Street, his home in Manhattan. After a funeral at the Episcopal Church of the Ascension on Fifth Avenue attended by more than 400 mourners, he was buried at Saint Bernards Cemetery in Bernardsville, New Jersey. His widow died a few years later on June 3, 1947.

Through his eldest son Francis, he was a grandfather of May Tuckerman "Maisie" Kinnicutt, who in 1926 married James R. Houghton, a member of the Houghton family (being the third son of Amory Houghton, former U.S. Ambassador to France) and the former chairman of the board of Corning Incorporated.