Fritz Guy (born 1930) is a Seventh-day Adventist theologian and Research Professor of Philosophical Theology at La Sierra University in Riverside, California. He has worked as a college and university professor, an academic administrator, and a church pastor.

In recent years Guy has espoused progressive Adventist theology, with lectures and articles exploring the temporality of God, the hope of universal salvation, the theology of creation, and the morality of same-sex relationships. In a 1985 survey of North American Adventist academics, Guy tied for fourth place among the Adventist authors who had most influenced them. In 1989, Gary Chartier noted a widespread view that Guy "was the leading Adventist systematic theologian of his generation."

Born on April 19, 1930, in St. Cloud, Minnesota, Guy graduated from Cedar Lake Academy (now Great Lakes Adventist Academy) in Michigan in 1948. After initially planning to complete a physics major, Guy earned a BA in theology from La Sierra College (now La Sierra University) in 1952. Following work as a pastor and evangelist in southern California and marriage to Marcia Janice Specht in 1954, he enrolled at the Seventh-day Adventist Theological Seminary, then in Washington, D.C., receiving an MA in theology in 1955. He served as assistant editor of The Youth's Instructor (later Insight) for three years.

He became a member of the La Sierra faculty in 1961, the same year in which he took a BD from the Seminary (by then located in Berrien Springs, Michigan, and becoming part of what is now Andrews University). Guy earned a PhD in Christian theology from the University of Chicago, where his dissertation was supervised by Langdon Gilkey, in 1971. Distinguished historian of American religion Martin E. Marty later recalled: “years after [Guy] left [the University of Chicago Divinity School], . . . Langdon Gilkey . . . was doing some reviewing of our graduates. I remember him saying that when he looked over the cohort of students and graduates, he said that as good a theological mind as he’d met at Chicago, a mind well put to use, was Fritz Guy’s.” During his Chicago study leave, La Sierra became a campus of Loma Linda University; he served as associate dean (1972–74) and dean (1974–77) of Loma Linda's College of Arts and Sciences. He left California in 1977 to take up an appointment as Professor of Theology at Andrews University. During this period he served as secretary of the university committee that drafted a new Statement of Fundamental Beliefs for the Adventist Church, which was subsequently adopted (with some revisions) by the church’s 1980 General Conference session in Dallas, Texas.

Guy returned to California in 1984, this time as pastor for university faculty and staff relations and theologian-in-residence at the Loma Linda University Church. Appointed president of the newly independent La Sierra University in 1990, he rejoined the full-time faculty in 1993 as University Professor of Theology and Philosophy. Since 2002, he has been Research Professor of Philosophical Theology; he is currently the senior active member of La Sierra's faculty. He is the author of one book and of sixty-five published articles and essays, and the co-editor of three books. While his published work has focused at various points on most of the traditional loci of systematic theology as well as on a number of topics related to ethics, the philosophy of religion, and higher education, his principal research interests are theological method, the philosophy of time, and the relationship between religion and science.

Guy served as president of the Adventist Society for Religious Studies in 1980. He received a Rockefeller Fellowship for doctoral study in 1967–68. He was Andrews University’s honored alum in 1985 and alum of the year for Loma Linda University’s College of Arts and Sciences in 1988. La Sierra presented him with an honorary Doctor of Divinity degree in 2002.

Fritz and Marcia Guy became the parents of three children — Linda, Richard, and Susan. He has six grandchildren and one great-grandchild. Marcia Guy died in 2006. 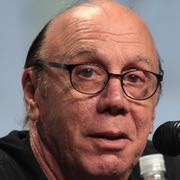 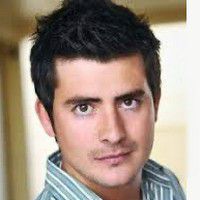