Fritz Emil Irrgang (born May 10, 1890 in Linderode – died December 16, 1951 in Northeim) was a German politician and member of the Nazi Party and the Sturmabteilung (SA).

Irrgang joined the Nazi Party in 1929, joining the SA at the same time, an organisation in which he subsequently attained the rank of Standartenführer. In 1933 he was elected to the Reichstag as a member for the Province of Westphalia and he served as a member of that body until the collapse of Nazism in 1945. He also served as Bürgermeister of a number of German towns during the Nazi period, notably Recklinghausen from 1939 to 1945.

Following the Second World War Irrgang joined the Free Democratic Party and served as the chairman of a local government committee for that party.

The contents of this page are sourced from Wikipedia article on 11 Mar 2020. The contents are available under the CC BY-SA 4.0 license.
comments so far.
Comments
From our partners
Sponsored
Reference sources
References
http://www.reichstag-abgeordnetendatenbank.de/selectmaske.html?pnd=130434175&recherche=ja
http://www.recklinghausen.de/tourismusstadtinformation/Geschichte/GeschichteStadtundVest/Buergermeister_von_Recklinghausen.asp
https://web.archive.org/web/20120412003207/http://www.recklinghausen.de//TourismusStadtinformation/Geschichte/GeschichteStadtundVest/Buergermeister_von_Recklinghausen.asp
https://d-nb.info/gnd/130434175
https://viaf.org/viaf/47868816
https://www.worldcat.org/identities/containsVIAFID/47868816
Trending today in 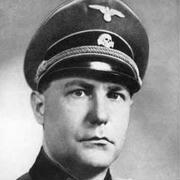