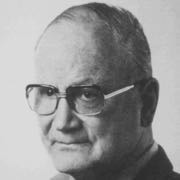 Friedrich Wegener was born on 7th April, 1907 in Varel, Oldenburg, Germany. His father was a doctor and his mother a Swedish gymnastic director.

More detail about aspects of Wegener's biography during the Nazi regime first became available in 2006 . Wegener joined the pre-Nazi Party in 1932. Specifically, he was a member of the Sturmabteilung, a paramilitary branch of the Nazi party which participated in violent conflicts. As a relatively high-ranking military physician, he spent some of World War II in a medical office three blocks from the Łódź Ghetto, a Jewish ghetto in Łódź, Poland. He conducted autopsies on Jewish concentration camp inmates and the facility he worked in performed experiments on prisoners. There is no direct evidence of active participation of Dr. Wegener in these human experiments, but it is likely he was aware of them. The United Nations War Crimes Commission had a legal mandate against Friedrich Wegener and the Polish Institute for the Prosecution of German War Crimes confirmed that he had appeared on the central list of war criminal and security suspects. Dr. Wegener was released without a trial as no charges were brought against him. In an editorial in 2006 the evidence was regarded as “thin but tangible” .

In 1936, Friedrich Wegener described the disease that bears his name, Wegener disease, as systemic disorder characterized by aseptic vasculitis granulomatrous inflammation and vasculitis which affects the upper and lower respitory tracts and the kidneys. WG is a rare disorder, occurring in 0.3 persons.

The American College of Chest Physicians (ACCP) awarded Wegener a “master clinician” prize in 1989. After his Nazi past was discovered in 2000, the ACCP rescinded the prize and campaigned to rename Wegener's granulomatosis to ANCA-associated granulomatous vasculitis. More recently, several professional societies, including the American College of Rheumatology, the European League Against Rheumatism, and the American Society of Nephrology, proposed the name 'granulomatosis with polyangiitis' in a 2011 editorial. The new name for the condition is now widely adopted in the scientific literature and by institutions and charities [1].

The contents of this page are sourced from Wikipedia article on 08 Mar 2020. The contents are available under the CC BY-SA 4.0 license.
View Friedrich Wegener 's image gallery
Image Gallery