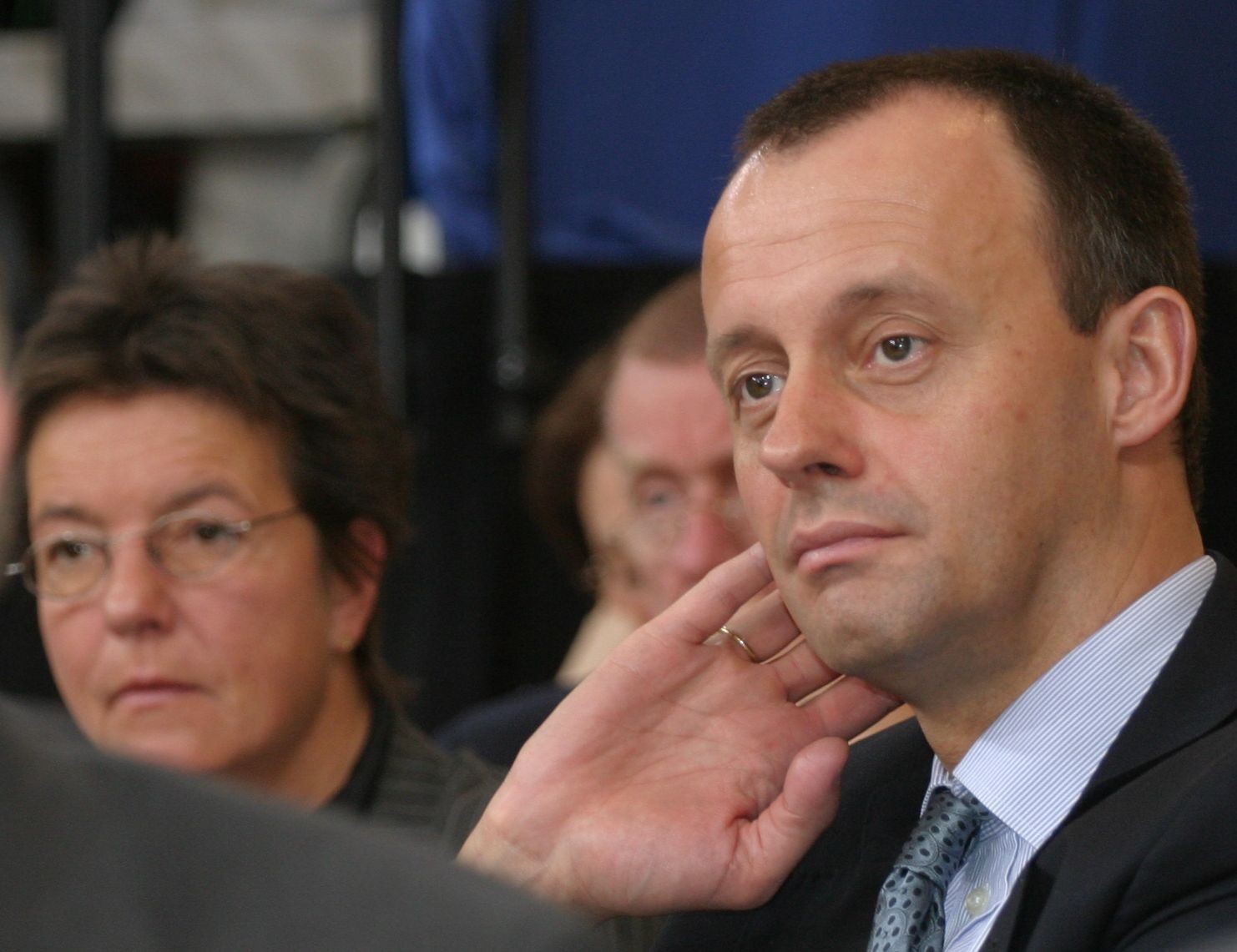 He is also a Senior Counsel at Mayer Brown's Düsseldorf office, having joined the firm's corporate finance team in 2004, after spending several years at Cornelius Bartenbach Haesemann.

After finishing Abitur in 1975 and serving in the army Merz began to study law (1976) in Bonn. He became a member of KDStV Bavaria Bonn (de), a Catholic student fraternity that is member of the Cartellverband. After finishing law school in 1985 he became a judge in Saarbrücken. In 1986 he quit his position in order to work as an attorney-at-law.

From 1989 till 1994 Merz was a Member of the European Parliament, where he served on the Committee on Economic and Monetary Affairs and on the parliament's delegation for relations with Malta.

From the 1994 German elections, he served as member of the Bundestag for his constituency, the Hochsauerland. In his first term, he was a member of the Finance Committee.

In October 1998 Merz became vice-chairman and in February 2000 Chairman of the CDU/CSU parliamentary group (alongside Michael Glos), succeeding Wolfgang Schäuble. In this capacity, he was the opposition leader in the Bundestag during Chancellor Gerhard Schröder's first term.

Ahead of the 2002 elections, Edmund Stoiber included Merz in his shadow cabinet for the Christian Democrats’ campaign to unseat incumbent Schröder as chancellor. During the campaign, Merz served as Stoiber’s expert for financial markets and the national budget. After Stoiber’s electoral defeat, Angela Merkel assumed the leadership of the parliamentary group; Merz again served as vice-chairman until 2004. From 2002 to 2004, he was also a member of the executive board of the CDU, again under the leadership of Merkel.

Between 2005 and 2009, Merz was a member of the Committee on Legal Affairs. By 2007, he announced he would not be running for political office in the 2009 elections.

Upon leaving politics, Merz has taken on numerous positions on corporate boards, including the following:

Between 2010 and 2011, Merz represented the shareholders of WestLB, a publicly owned institution that had previously been Germany’s third-largest lender, in talks with bidders. He served as a CDU delegate to the Federal Convention for the purpose of electing the President of Germany in 2012.

Friedrich Merz is married to the judge Charlotte Merz. He has three children and resides in Arnsberg in the Sauerland region.