His family had been connected with medicine for 200 years before him. Born in Halle, he attended the local gymnasium where he acquired that taste for and skill in mathematics to which he attributed much of his later success. Beginning at age 18, he studied medicine at the University of Jena. From there, in 1680, he went to Erfurt, in order to attend Kasper Cramer's lectures on chemistry. Next year, returning to Jena, he received his doctor's diploma, and, after publishing a thesis, was permitted to teach. Constant study then began to tell on his health, and in 1682, leaving his already numerous pupils, he opened a practice in Minden at the request of a relative who held a high position in that town. After practising at Minden for two years, Hoffmann made a journey to Holland and England, where he formed the acquaintance of many illustrious chemists and physicians. Towards the end of 1684, he returned to Minden, and during the next three years he received many flattering appointments. In 1688 he moved to the more promising sphere of Halberstadt, with the title of physician to the principality of Halberstadt.

In 1693, shortly after the establishment of the University of Halle, he was appointed primary professor of medicine and natural philosophy. During his career there, he held the position of rector three times. With the exception of four years (1708–1712), which he passed at Berlin in the capacity of royal physician, Hoffmann spent the rest of his life at Halle in instruction, practice and study, interrupted now and again by visits to different courts of Germany, where his services procured him honours and rewards. His fame became European. He was enrolled a member of many learned societies in different foreign countries (including being elected Fellow of the Royal Society in 1720), while in his own he became privy councillor. Of his numerous writings a catalogue is to be found in Haller's Bibliotheca medicinae practicae. The chief is Medicina rationalis systematica, undertaken at the age of sixty, and published in 1730. It was translated into French in 1739, under the title of Médecine raisonnée d'Hoffmann. A complete edition of Hoffmann's works, with a life of the author, was published at Geneva in 1740, to which supplements were added in 1753 and 1760. Editions appeared also at Venice in 1745 and at Naples in 1753 and 1793.

He wrote a witchcraft book, De Potentia Diaboli in Corpore, for his student Gottfried Büching. 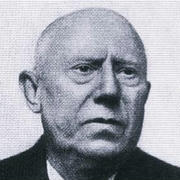