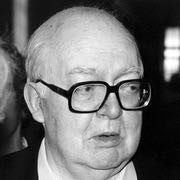 Friedrich Dürrenmatt ([ˈfriːdrɪç ˈdʏrənˌmat]; 5 January 1921 – 14 December 1990) was a Swiss author and dramatist. He was a proponent of epic theatre whose plays reflected the recent experiences of World War II. The politically active author's work included avant-garde dramas, philosophical crime novels, and macabre satire. Dürrenmatt was a member of the Gruppe Olten, a group of left-wing Swiss writers who convened regularly at a restaurant in the town Olten.

Dürrenmatt was born in Konolfingen, canton of Bern, the son of a Protestant pastor. His grandfather, Ulrich Dürrenmatt, was a conservative politician. The family moved to Bern in 1935. Dürrenmatt began studies in philosophy, German philology and German literature at the University of Zürich in 1941, but moved to the University of Bern after one semester where he also studied natural science. In 1943, he decided to become an author and dramatist and dropped his academic career. In 1945–46, he wrote his first play It Is Written. On 11 October 1946, he married the actress Lotti Geissler. She died on 16 January 1983. Dürrenmatt married another actress, Charlotte Kerr, in 1984.

Dürrenmatt also enjoyed painting. Some of his own works and his drawings were exhibited in Neuchâtel in 1976 and 1985, as well as in Zürich in 1978.

Like Bertolt Brecht, Dürrenmatt explored the dramatic possibilities of epic theatre. Next to Brecht, he has been called its "most original theorist".

When he was 26, his first play, It Is Written, premiered to great controversy. The story of the play revolves around a battle between a sensation-craving cynic and a religious fanatic who takes scripture literally, all of this taking place while the city they live in is under siege. The play's opening night in April 1947, caused fights and protests in the audience. Between 1948 and 1949, Dürrenmatt wrote several segments and sketches for the anti-Nazi Cabaret Cornichon in Zürich; among these, the single-act grotesque short play Der Gerettete (The Rescued).

His first major success was the play Romulus the Great. Set in the year A.D. 476, the play explores the last days of the Roman Empire, presided over, and brought about by its last emperor, Romulus. The Visit (Der Besuch der alten Dame, 1956) is a grotesque fusion of comedy and tragedy about a wealthy woman who offers the people of her hometown a fortune if they will execute the man who jilted her years earlier. The satirical drama The Physicists (Die Physiker, 1962), which deals with issues concerning science and its responsibility for dramatic and dangerous changes to the world, has also been presented in translation.

In 1990, he gave two famous speeches, one in honour of Václav Havel ("Die Schweiz, ein Gefängnis?/Switzerland a Prison?"), the other in honour of Mikhail Gorbachev ("Kants Hoffnung/Kant's Hope"). Dürrenmatt often compared the three Abrahamic religions and Marxism, which he also saw as a religion.

Dürrenmatt died from heart failure on 14 December 1990 in Neuchâtel.

His novel, A Dangerous Game (also known as Die Panne (Traps)) was adapted into a Marathi play, Shantata! Court Chalu Aahe (Silence! The Court Is in Session) by Indian playwright Vijay Tendulkar in 1967. The play has since then been performed in various Indian languages, and made into a film by the same name by Satyadev Dubey. 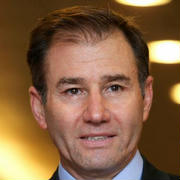