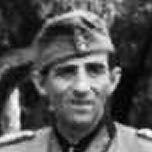 Fridolin von Senger und Etterlin (4 September 1891 – 9 January 1963) was a general in the Wehrmacht of Nazi Germany during World War II.

Fridolin Rudolph von Senger und Etterlin was born on 4 September 1891, in Waldshut near the Swiss border. In 1912, he became a Rhodes scholar at Oxford and acquired fluency in French and English. World War I interrupted his education in August 1914, and he was commissioned a lieutenant in the reserves. Senger remained in the postwar Reichswehr as a cavalry officer. Senger studied for two years at the Cavalry School in Hannover, spent four years with the cavalry inspectorate in Berlin, and by 1938 was promoted Colonel.

During the Battle of Monte Cassino, Senger fought at the Gustav Line, which included Monte Cassino. The German position was only broken by the Allies in May 1944.

After the war he wrote his memoirs, entitled Neither Fear nor Hope (which were translated into English), and he continued to write on military matters and theory. He was invited to the Königswinter conferences by Lilo Milchsack. These annual conferences helped to heal the bad memories after the end of the Second World War. At the conference he worked with the politician Hans von Herwath, future German President Richard von Weizsäcker and other leading German decision makers as well as British politicians like Dennis Healey, Richard Crossman and the journalist Robin Day.

In 1950, Senger was one of the authors of the Himmerod memorandum which addressed the issue of rearmament (Wiederbewaffnung) of the Federal Republic of Germany after World War II. Senger was introduced by B. H. Liddell Hart to the military historian Michael Howard. Howard, who had fought in Italy during the war, recalls him saying, "May I give you a word of advice? Next time you invade Italy, do not start at the bottom." He was the father of Bundeswehr General and military author Ferdinand Maria von Senger und Etterlin (1923–1987).

The contents of this page are sourced from Wikipedia article on 08 Mar 2020. The contents are available under the CC BY-SA 4.0 license.
View Fridolin von Senger und Etterlin 's image gallery
Image Gallery 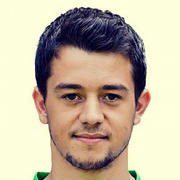