Stuart was born in Saint Philip, Barbados. He is the father of one daughter.

An alumnus of the Christ Church Foundation School, Stuart is a graduate of the University of the West Indies at Cave Hill and holds degrees in Political Science and Law. He is a lawyer and his practice encompasses criminal and corporate law.

In 1974, Stuart officially joined the Ministry of Education and became a Teacher in Princess margaret secondary (PMS).

He has supported several community organisations and sponsors the Dayrells United Achievers Community Club and the Notre Dame Sports Club.

Stuart was elected as 1st Vice-President of the Democratic Labour Party (Barbados) and Deputy Leader of the Opposition in 1995. He served in that positions until 2004 and 2008.

Stuart was also appointed in 1995 as Shadow Deputy Prime Minister, Shadow Attorney General and Shadow Interior minister to serve in the Shadow Cabinet of David Thompson (Barbadian politician). He held those 3 positions until 20 January 2008.

In 2004, Stuart was elected as the Leader and President of the Democratic Labour Party (Barbados) In a leadership election. Stuart narrowly defeated then DLP Leader Clyde Mascoll but remained as the Deputy Leader of the Opposition.

After the Democratic Labour Party (Barbados) won the 2008 Barbadian general election, Stuart was appointed Deputy prime minister, Attorney-General of Barbados and Minister of Home Affairs by Prime Minister David Thompson (Barbadian politician) to serve in his cabinet. Stuart served in those three positions until May 2010.

Stuart served as acting Prime Minister of Barbados since May 2010 when Prime Minister David Thompson became ill with pancreatic cancer. Adriel Brathwaite succeeded Stuart in the positions he then held, namely Attorney-General and Minister of Home Affairs. Thompson died on 23 October 2010. Leaders of the Democratic Labour Party held an emergency meeting at the party's headquarters in George Street in Bridgetown on the morning of Thompson's death, during which Stuart was chosen as the next Prime Minister.

Stuart was sworn in as the 7th Prime Minister of Barbados and Minister for National Security, the public service and Urban Development the same day by Governor-General Clifford Husbands.

In 2011, Stuart was appointed as a member of the UN Global Panel on Sustainability.

On 24 January 2014 Stuart became a member of the Privy Council of the United Kingdom.

Stuart had announced changes for Barbados including his intention to turn Barbados into a republic and replace the Queen of Barbados with a ceremonial president as head of state. Ahead of the 2018 General Election Stuart stated if re-elected he would push for removal of Barbados from jurisdiction of the Caribbean Court of Justice (CCJ).

The DLP lost all of its seats in the May 2018 election to the Barbados Labour Party of Mia Mottley, who succeeded Stuart to the premiership. On 1 August 2018, Stuart stepped down as DLP leader and President, and a leadership election was held to fill up the position where the Candidate for Christ Church South Verla De Peiza won unopposed in the election. Verla De Peiza succeeded Stuart on the following day.

Stuart is a recipient of the Order of Roraima of Guyana.

The contents of this page are sourced from Wikipedia article. The contents are available under the CC BY-SA 4.0 license.
View Freundel Stuart 's image gallery
Image Gallery 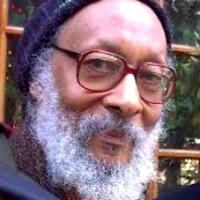 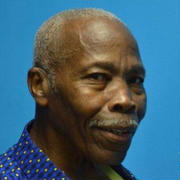