Frederik Andersen (born 2 October 1989) is a Danish professional ice hockey goaltender currently playing for the Toronto Maple Leafs of the National Hockey League (NHL). He has also played for the Anaheim Ducks.

Andersen was a member of Denmark's national team that competed at the 2010 IIHF World Championship. He was selected by the Carolina Hurricanes in the seventh round, 187th overall, of the 2010 NHL Entry Draft. Unable to come to terms with the Hurricanes, however, Andersen was selected in the third round of the 2012 NHL Entry Draft, 87th overall, by the Ducks, with whom he spent the first few years of his NHL career.

On 13 March 2010, while playing for Frederikshavn White Hawks in the Danish Ice Hockey League, Andersen scored an empty net goal in the fourth quarter-final match against Rødovre Mighty Bulls. He nearly scored two nights before in the third match, but missed.

Andersen set a new Elitserien regular season club record for Frölunda HC with eight shutouts in 2011–12, surpassing Henrik Lundqvist's seven shutouts from the 2003–04 season. In addition to his shutouts, Andersen also led the Elitserien in goals against average (GAA) and save percentage, as well as receiving a nomination for the Elitserien Rookie of the Year award.

On 20 October 2013, shortly into the 2013–14 season, Andersen made his NHL debut for the Anaheim Ducks, replacing starting goaltender Jonas Hiller to start the second period. Taking over a 3–1 Ducks deficit, he logged two shutout periods, earning him his first NHL win, a 6–3 victory over the Dallas Stars. With the trade of then-backup goaltender Viktor Fasth to the Edmonton Oilers on 4 March 2014, Andersen became the team's new full-time backup goaltender to Hiller after spending the majority of the season playing for Anaheim's American Hockey League (AHL) affiliate, the Norfolk Admirals.

On 16 April 2014, Andersen won his Stanley Cup playoff debut as Anaheim defeated the Dallas Stars 4–3 in Game 1 of the Western Conference Quarterfinals. Andersen made 32 saves, giving up three goals. He split time with both Jonas Hiller and John Gibson during the Ducks' run in the 2014 playoffs, which ultimately ended in Round 2, the Western Conference Semifinals, against the Los Angeles Kings, the eventual Stanley Cup champions.

The following year, in 2014–15, with Hiller departed via free agency to the Calgary Flames, Andersen and Gibson became the Ducks' goaltending duo. As the season progressed, however, Andersen assumed the starter's role by virtue of both his impressive goaltending play and injuries to Gibson that kept the latter out of the lineup. After recording his 30th win of the season on 3 March 2015, Andersen tied an NHL record as the fastest goaltender in history to reach 50 career wins. He reached the milestone in just 68 career games, tying the record set by the Montreal Canadiens' Bill Durnan on 16 December 1944. In the 2015 Stanley Cup Playoffs, Andersen led the Ducks to the Western Conference Finals with his strong play - the Ducks only lost one game in the first two rounds. After taking a three games to two series lead on the early strong play of Andersen, the Ducks lost the final two games of the series, including Game 7 on home ice. This marked the third straight season the Ducks had lost a series in Game 7 at home after leading the series three games to two. Andersen allowed four or more goals in each of the final four games of the series - the Ducks lost three of those four games and allowed 19 goals over that span.

On 20 June 2016, Andersen was traded by the Ducks to the Toronto Maple Leafs in exchange for the 30th overall pick in the 2016 NHL Entry Draft (used to select Sam Steel) and a second round pick in the 2017 NHL Entry Draft (middle of Toronto, San Jose or Ottawa picks - used to select Maxime Comtois). On the same day, the Leafs and Frederik Andersen agreed to terms on a 5-year extension. He was set to become a restricted free agent on 1 July.

After an exceptionally slow start with the Leafs, Andersen settled in & found his game going 33–16–14 on the season with a 2.67 GAA, a .918 save% and 4 shutouts leading the way for the Leafs to earn a playoff berth for the first time since the 2012–13 NHL season. In the playoffs, the Leafs put up a valiant effort against the League best Washington Capitals. Andersen went 2–4 in the series with a 2.68 GAA and .915 save%.

During the 2017–18 season, Andersen bested his career-high in wins on 28 March 2018, with his 36th win of the season in a game against the Florida Panthers. On the same day, he helped the Leafs set a new franchise record of 27 wins on home ice after beating the Panthers 4–3. In the following game on 30 March 2018, against the New York Islanders Andersen recorded his 37th win of the season, tying the record for most wins by a Leafs goalie. On 7 April 2018, the last game of the Leafs regular season, Andersen passed the Leafs all-time wins record with a 4–2 victory over the Montreal Canadiens. Andersen helped the Leafs qualify for the 2018 Stanley Cup playoffs, where they would fall to the Boston Bruins in seven games.

He recorded a 36–16–7 record during the 2018–19 NHL season, helping the Maple Leafs advance to their third consecutive playoff berth, but they were once again defeated in Round 1 by the Boston Bruins in seven games. On 14 December 2019, Andersen earned his 200th win in his 344th game against the Edmonton Oilers.

The contents of this page are sourced from Wikipedia article on 10 Apr 2020. The contents are available under the CC BY-SA 4.0 license.
View Frederik Andersen 's image gallery
Image Gallery 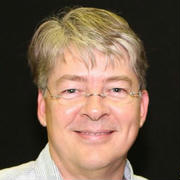