Frederick VI of Denmark
The basics

Frederick VI (Danish and Norwegian: Frederik; 28 January 1768 – 3 December 1839) was King of Denmark from 13 March 1808 to 3 December 1839 and King of Norway from 13 March 1808 to 7 February 1814, making him the last king of Denmark–Norway. From 1784 until his accession, he served as regent during his father's mental illness and was referred to as the "Crown Prince Regent" (kronprinsregent). For his motto he chose God and the just cause (Danish: Gud og den retfærdige sag) and since the time of his reign, succeeding Danish monarchs have also chosen mottos in the Danish language rather than the formerly customary Latin.

The newborn prince with his mother Queen Caroline Matilda

Frederick was born at Christiansborg Palace in Copenhagen. Frederick belonged to the House of Oldenburg. His parents were King Christian VII and Caroline Matilda of Great Britain. He was born after 15 months of marriage, a day before his father's 19th birthday, when his mother was just 16. As the eldest son of the ruling king, he automatically became crown prince at birth. On 30 January of the same year, he was baptised at Christiansborg Palace by Ludvig Harboe, Bishop of Zealand. His godparents were King Christian VII (his father), the dowager queen Juliana Maria (his step-grandmother) and his half-uncle, Hereditary Prince Frederick (Arveprins Frederik).

His father suffered from serious psychological problems, including suspected schizophrenia expressed by catatonic periods which resulted in the king ceding power to his doctor, Johann Friedrich Struensee. From 1770 to 1772, Struensee was de facto regent and lover of Caroline Matilda, Frederick's mother. Both were ideologically influenced by Enlightenment thinkers such as Voltaire and Jean Jacques Rousseau. While Struensee was in power, young Frederick was raised at Hirschholm Palace following the educational approach advocated by Rousseau in his famous work Émile. Instead of receiving direct instruction, Frederick was expected to learn everything through his own efforts through playing with two commoner boys as per Struensee's instructions.

On 8 January 1772, after the revolt against Struensee, Frederick's 18-year-old half-uncle Hereditary Prince Frederick was made regent. The real power, however, was held by Hereditary Prince Frederick's mother (Crown Prince Frederick's step-grandmother), Queen Dowager Juliana Maria, aided by Ove Høegh-Guldberg. Frederick was raised under the supervision of Margrethe Marie Thomasine Numsen. Finally, on 14 April 1784, the crown prince Frederick was declared of legal majority; he proceeded to seize and exercise the full powers of the regency, dismissing the ministers loyal to the Queen Dowager. It is said that during the coup, he engaged in a fistfight with his half-uncle over the regency. He continued as regent of Denmark under his father's name until the latter's death in 1808. During the regency, Frederick instituted widespread liberal reforms with the assistance of Chief Minister Andreas Peter Bernstorff, including the abolition of serfdom in 1788. Crises encountered during his reign include disagreement with the British over neutral shipping. This resulted in two British attacks on Copenhagen, the Battle of Copenhagen of 1801 and the Battle of Copenhagen of 1807. The conflict continued in the Gunboat War between Denmark-Norway and the United Kingdom, which lasted until the Treaty of Kiel in 1814.

There was speculation that he was to marry a Prussian princess, a choice supported by his step-grandmother Juliana Maria and her brother-in-law Frederick the Great. To show his independence from advisors, he personally selected his first-cousin Marie Sophie of Hesse-Kassel, a member of a German family with close marriage links with the royal families of both Denmark and Great Britain. They married in Gottorp on 31 July 1790 and had eight children. Their eldest daughter, Princess Caroline married her father’s first cousin, Ferdinand, Hereditary Prince of Denmark. The youngest, Princess Wilhelmine, became the wife of the future Frederick VII of Denmark. None of Frederick VI's sons survived infancy and when he died, he was succeeded by his half-cousin Christian VIII of Denmark, the son of his half-uncle Prince Frederick. The anointment of King Frederick VI at Frederiksborg Palace on 31 July 1815. The ceremony was postponed due to the Napoleonic Wars.

Frederik VI by Christoph Wilhelm Wohlien, after a portrait by
Friedrich Carl Gröger

King of Denmark and loss of Norway

Frederick became King of Denmark-Norway on 13 March 1808. When the throne of Sweden seemed likely to become vacant in 1809, Frederick was interested in being elected there as well. Frederick actually was the first monarch of Denmark and Norway to descend from Gustav I of Sweden, who had secured Sweden's independence in 1520s after the period of the Kalmar Union with other Scandinavian countries. However, Frederick's brother-in-law, Prince Christian Augustus of Augustenborg, was first elected to the throne of Sweden, followed by the French Marshal Bernadotte.

During the Napoleonic Wars, he tried to maintain neutrality; however, after the British bombardment of Copenhagen, he was forced to ally Denmark-Norway with Napoleon. After the French defeat in Russia in 1812, the Allies again asked him to change sides but he refused. Many Danish historians portray the king as stubborn, incompetent, and motivated by a misconceived loyalty towards Napoleon. However, some historians in recent years have provided a different interpretation that sheds a better light on the king. He stayed with Napoleon in order to protect the exposed situation of Norway, which was dependent on grain imports and had become the target of Swedish territorial ambitions. He expected the wars would end with a great international conference in which Napoleon would have a major voice, and would help protect Denmark's interests, especially in Norway.

After the French defeat in the Napoleonic Wars in 1814 and the loss of the Norwegian crown, Frederick VI carried through an authoritarian and reactionary course, giving up the liberal ideas of his years as a prince regent. Censorship and suppression of all opposition together with the poor state of the country's economy made this period of his reign somewhat gloomy, though the king himself in general maintained his position of a well-meaning autocrat. From the 1830s the economic depression was eased a bit and from 1834 the king reluctantly accepted a small democratic innovation by the creation of the Assemblies of the Estate (purely consultative regional assemblies); this had the unintended result of later exacerbating relations between Danes and Germans in Schleswig, whose regional assembly became a forum for constant bickering between the two national groups.

Frederick VI was known as a patron of astronomy and in 1832 offered gold medal prizes to anyone who discovered a comet using a telescope. His successors continued this until 1850. The prize was terminated in the aftermath of the First War of Schleswig. After the discovery of the Haraldskær Woman in a peat bog in Jutland in the year 1835, Frederick VI ordered a royal interment in an elaborately carved sarcophagus for the Iron Age mummy, decreeing it to be the body of Queen Gunnhild. Later this identification proved incorrect, but the action suited his political agenda at the time.

As Frederick VI had no surviving sons to succeed him (only two daughters), he was succeeded on the throne of Denmark by his half-first cousin Christian, who was his father's half-brother's son.

As the Prince Regent, Frederick is a leading character in the comic opera "His Excellency" by Gilbert and Sullivan. 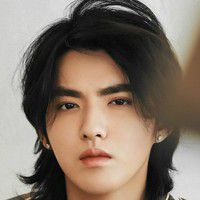 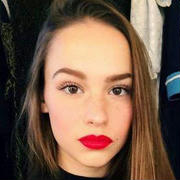