Chemist and physicist from England

Frederick Soddy FRS (2 September 1877 – 22 September 1956) was an English radiochemist who explained, with Ernest Rutherford, that radioactivity is due to the transmutation of elements, now known to involve nuclear reactions. He also proved the existence of isotopes of certain radioactive elements.

Soddy was born at 5 Bolton Road, Eastbourne, England, the son of Benjamin Soddy, corn merchant, and his wife Hannah Green. He went to school at Eastbourne College, before going on to study at University College of Wales at Aberystwyth and at Merton College, Oxford, where he graduated in 1898 with first class honours in chemistry. He was a researcher at Oxford from 1898 to 1900.

In 1900 he became a demonstrator in chemistry at McGill University in Montreal, Quebec, where he worked with Ernest Rutherford on radioactivity. He and Rutherford realized that the anomalous behaviour of radioactive elements was because they decayed into other elements. This decay also produced alpha, beta, and gamma radiation. When radioactivity was first discovered, no one was sure what the cause was. It needed careful work by Soddy and Rutherford to prove that atomic transmutation was in fact occurring.

In 1903, with Sir William Ramsay at University College London, Soddy showed that the decay of radium produced helium gas. In the experiment a sample of radium was enclosed in a thin-walled glass envelope sited within an evacuated glass bulb. After leaving the experiment running for a long period of time, a spectral analysis of the contents of the former evacuated space revealed the presence of helium. Later in 1907, Rutherford and Thomas Royds showed that the helium was first formed as positively charged nuclei of helium (He) which were identical to alpha particles, which could pass through the thin glass wall but were contained within the surrounding glass envelope.

The work that Soddy and his research assistant Ada Hitchins did at Glasgow and Aberdeen showed that uranium decays to radium. It also showed that a radioactive element may have more than one atomic mass though the chemical properties are identical. Soddy named this concept isotope meaning 'same place'. The word 'isotope' was initially suggested to him by Margaret Todd. Later, J. J. Thomson showed that non-radioactive elements can also have multiple isotopes.

In 1913, Soddy also showed that an atom moves lower in atomic number by two places on alpha emission, higher by one place on beta emission. This was discovered at about the same time by Kazimierz Fajans, and is known as the radioactive displacement law of Fajans and Soddy, a fundamental step toward understanding the relationships among families of radioactive elements. Soddy published The Interpretation of Radium (1909) and Atomic Transmutation (1953).

In 1918 he announced discovery of a stable isotope of Protactinium, working with John Arnold Cranston. This slightly post-dated its discovery by German counterparts; however, it is said their discovery was actually made in 1915 but its announcement was delayed due to Cranston's notes being locked away whilst on active service in the First World War.

In 1919 he moved to the University of Oxford as Dr Lee's Professor of Chemistry, where, in the period up till 1936, he reorganized the laboratories and the syllabus in chemistry. He received the 1921 Nobel Prize in chemistry for his research in radioactive decay and particularly for his formulation of the theory of isotopes.

His work and essays popularising the new understanding of radioactivity was the main inspiration for H. G. Wells's The World Set Free (1914), which features atomic bombs dropped from biplanes in a war set many years in the future. Wells's novel is also known as The Last War and imagines a peaceful world emerging from the chaos. In Wealth, Virtual Wealth and Debt Soddy praises Wells’s The World Set Free. He also says that radioactive processes probably power the stars.

In four books written from 1921 to 1934, Soddy carried on a "campaign for a radical restructuring of global monetary relationships", offering a perspective on economics rooted in physics – the laws of thermodynamics, in particular – and was "roundly dismissed as a crank". While most of his proposals – "to abandon the gold standard, let international exchange rates float, use federal surpluses and deficits as macroeconomic policy tools that could counter cyclical trends, and establish bureaus of economic statistics (including a consumer price index) in order to facilitate this effort" – are now conventional practice, his critique of fractional-reserve banking still "remains outside the bounds of conventional wisdom" although a recent paper by the IMF reinvigorated his proposals. Soddy wrote that financial debts grew exponentially at compound interest but the real economy was based on exhaustible stocks of fossil fuels. Energy obtained from the fossil fuels could not be used again. This criticism of economic growth is echoed by his intellectual heirs in the now emergent field of ecological economics.

In Wealth, Virtual Wealth and Debt Soddy cited the (fraudulent) Protocols of the Learned Elders of Zion as evidence for the belief, which was relatively widespread at the time, of a "financial conspiracy to enslave the world". He used the imagery of a Jewish conspiracy to buttress his claim that "A corrupt monetary system strikes at the very life of the nation." In the same document, he made reference to "the semi-Oriental" who is "supreme" in "high finance" and to an "iridescent bubble of beliefs blown around the world by the Hebraic hierarchy". Later in life he published a pamphlet Abolish Private Money, or Drown in Debt (1939) with a noted publisher of anti-Semitic texts. The influence of his writing can be gauged, for example, in this quote from Ezra Pound:

"Professor Frederick Soddy states that the Gold Standard monetary system has wrecked a scientific age! ... The world's bankers ... have not been content to take their share of modern wealth production – great as it has been – but they have refused to allow the masses of mankind to receive theirs."

He rediscovered the Descartes' theorem in 1936 and published it as a poem, "The Kiss Precise", quoted at Problem of Apollonius. The kissing circles in this problem are sometimes known as Soddy circles.

He received the Nobel Prize in Chemistry in 1921 and the same year he was elected member of the International Atomic Weights Committee. A small crater on the far side of the Moon as well as the radioactive uranium mineral soddyite are named after him.

Soddy married Winifred Beilby, the daughter of Sir George Beilby, in 1908. He died in Brighton, England in 1956.

The contents of this page are sourced from Wikipedia article on 11 Mar 2020. The contents are available under the CC BY-SA 4.0 license.
View Frederick Soddy 's image gallery
Image Gallery 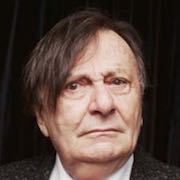 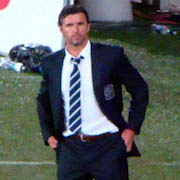 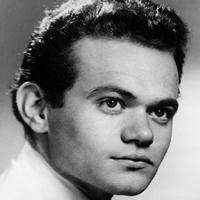 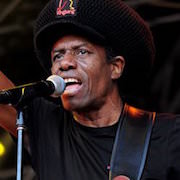