Frederick IV of Denmark
The basics 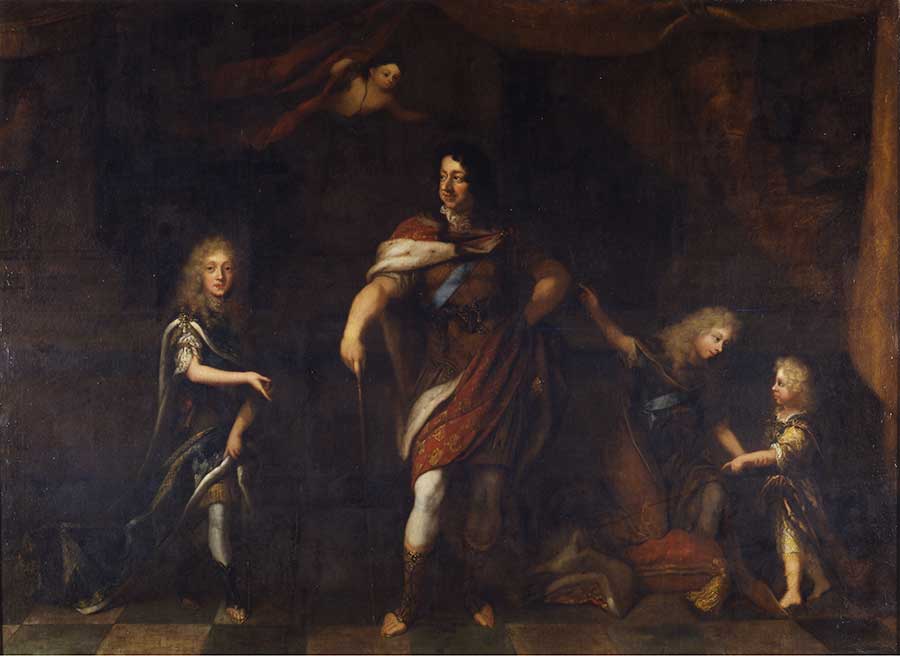 Frederick IV (11 October 1671 – 12 October 1730) was the king of Denmark and Norway from 1699 until his death. Frederick was the son of King Christian V of Denmark-Norway and his consort Charlotte Amalie of Hesse-Kassel.

Crown-prince Frederick (IV), with his father in centre and his brothers Christian and Charles. Frederick as Crown-Prince by Hyacinthe Rigaud.

As crown prince, Frederick broadened his education by travelling in Europe, led by his chamberlain Ditlev Wibe. He was particularly impressed by the architecture in Italy and, on his return to Denmark, asked his father, Christian V, for permission to build a summer palace on Solbjerg, as the hill in Valby was then known, the future site of Frederiksberg Palace. The one-story building, probably designed by Ernst Brandenburger, was completed in 1703.

Frederick was allowed to choose his future wife from a number of Protestant royal daughters in northern Germany. In 1695, he visited the court of Gustav-Adolph in Güstrow. But his visit there was cut short by a message telling of his brother Christian's serious illness (he had, in fact, already died in Ulm). Frederick later returned to Güstrow, where he was forced to choose the eldest of the unmarried princesses. On 5 December 1695 at Copenhagen Castle, he married Louise of Mecklenburg-Güstrow, herself a great-great-granddaughter of Frederick II of Denmark. The couple were crowned King and Queen of Denmark-Norway on 25 August 1699 in the Frederiksborg Chapel. Frederick's most important domestic reform was the abolition in 1702 of the so-called vornedskab, a kind of serfdom which had fallen on the peasants of Zealand in the Late Middle Ages. His efforts were largely in vain because of the introduction of adscription in 1733.

After the war, trade and culture flowered. The first Danish theatre, Lille Grönnegade, was created and the great dramatist Ludvig Holberg began his career. Also, a colonisation of Greenland was started by the missionary Hans Egede. Politically this period was marked by the king's connection to the Reventlows, the Holsteiner relatives of his last queen, and by his growing suspicion toward the old nobility.

During Frederick's rule Copenhagen was struck by two disasters: the plague of 1711, and the great fire of October 1728, which destroyed most of the medieval capital. Although the king had been persuaded by Ole Rømer to introduce the Gregorian calendar in Denmark-Norway in 1700, the astronomer's observations and calculations were among the treasures lost to the fire.

Frederik IV, having twice visited Italy, had two pleasure palaces built in the Italian baroque style: Frederiksberg Palace that was extended during his reign, when it was converted into a three-storey H-shaped building, and was completed in 1709 by Johan Conrad Ernst, giving the palace a true Italian Baroque appearance. and Fredensborg Palace (Peace's Palace), both considered monuments to the conclusion of the Great Northern War.

He maintained weekly audiences where anyone could attend and deliver letters with complaints or projects.

Regatta on the Grand Canal in Honor of Frederick IV, King of Denmark by Luca Carlevarijs.

King Frederick holds a memorable place in the social history of the city of Venice for a visit he made during the winter of 1708–09, the king stayed in city with an entourage of at least 70 people, formally incognito as Count of Oldenburg, not to be unknown, but to get rid of the cumbersome and more costly etiquette that belonged to a king's conduct. While the nine weeks stay lasted, the king was a frequent guest on operas and comedies and a generous buyer of Venetian glass. During the visit to the state armory, he received the republic's upscale gift: two large ore guns and an ore mortar. A regatta on the Grand Canal was held in his honour and is imortalized in a painting by Luca Carlevarijs. The winter that season was particularly cold, so cold that the lagoon of Venice froze over, and the Venetians were able to walk from the city to the mainland. It was joked that the king of Denmark had brought the cold weather with him. He also paid a visit to the dowager grand-princess Violante at the grand-ducal court of the Medicis, where the irreverent king was taken with the young dowager going as far as to refuse to leave the room while she was changing clothes. On his return he led political negotiations with the Elector Augustus of Saxony and King Frederick I of Prussia about the impending plans of war against Sweden. Meeting of three kings in Potsdam, 1709. Augustus II the Strong, Frederick I of Prussia and Frederick IV of Denmark

For much of Frederick IV's reign Denmark was engaged in the Great Northern War (1700–1721) against Sweden. In spite of the conclusion of the Peace of Travendal in 1700, there was soon a Swedish invasion and threats from Europe's western naval powers. In 1709 Denmark again entered the war encouraged by the Swedish defeat at Poltava. Frederick IV commanded the Danish troops at the battle of Gadebusch in 1712. Although Denmark emerged on the victorious side, she failed to reconquer lost possessions in southern Sweden. The most important result was the destruction of the pro-Swedish Duchy of Holstein-Gottorp, which re-established Denmark's domination in Schleswig-Holstein.

Frederick between 1703 and 1711 send to military units in Hungary and supported Austria in the Rákóczi's War of Independence. The Danish regiments fought against the Kuruc army and French auxiliaries (Battle of Zsibó).

Frederick was deemed a man of responsibility and industry — often regarded as the most intelligent of Denmark's absolute monarchs. He seems to have mastered the art of remaining independent of his ministers. Lacking all interest in academic knowledge, he was nevertheless a patron of culture, especially in art and architecture. His main weaknesses were probably pleasure-seeking and womanising, which sometimes distracted him. He was the second to last Danish king who joined a morganatic marriage (the last was Frederick VII with Louise Rasmussen aka Countess Danner).

The monogram of Frederick IV on the Danish Parliament building Without divorcing his first queen, Louise, in 1703 he married Elisabeth Helene von Vieregg (d.1704). After the death of Elisabeth, he entered a romance with her lady-in-waiting Charlotte Helene von Schindel, though he later lost interest in her. Frederick fell in love with the 19-year-old Countess Anne Sophie Reventlow who he carried off from her home in Clausholm near Randers, after the refusal of her mother to turn her younger daughter into a royal mistress. Frederick had seen the young maiden, daughter of the then Grand-Chancellor during a dance on a 1711's masquerade ball at Koldinghus where the royal family permanently resided during the plague that devastated Copenhagen, a secret marriage was held at Skanderborg on 26 June 1712. At that time he accorded her the title "Duchess of Schleswig" (derived from one of his own subsidiary titles). Three weeks after Queen Louise's death in Copenhagen on 4 April 1721, he legalized his relationship with Anna Sophie by a new marriage, this time exalting her queen (the only wife of an hereditary Danish king to bear that title who was not a princess by birth), it was undoubtedly a relief to get out of a relationship they both saw as sin. Of the nine children born to him of these three wives, only two of them survived to adulthood: the future Christian VI and Princess Charlotte-Amalia, both from the first marriage, all the children considered bastards did not survive more than a year, it was regarded as a punishment of divine providence by the nobility and clergy.

The Reventlows took advantage of their kinship to the king to aggrandize. The sister of Anna, the salonist Countess Christine Sophie Holstein of Holsteinborg, was nicknamed Madame Chancellor because of her influence. Within a year of conferring the crown matrimonial on Countess Reventlow, Frederick also recognized as dynastic the issue of the morganatic marriages of two of his kinsmen, Duke Philip Ernest of Schleswig-Holstein-Glucksburg (1673–1729) and Duke Christian Charles of Schleswig-Holstein-Plön-Norburg (1674–1706), to non-royal nobles. The other Schleswig-Holstein dukes of the House of Oldenburg perceived their interests to be injured, and Frederick found himself embroiled in their complicated lawsuits and petitions to the Holy Roman Emperor. Also offended by the countess's elevation were King Frederick's younger unmarried siblings, Princess Sophia Hedwig (1677–1735) and Prince Charles (1680–1729), who withdrew from Copenhagen to their own rival court at the handsomely re-modelled Vemmetofte Cloister (later a haven for dowerless damsels of the nobility). Frederick's relationship with Anna Sophie after 1721 were exceedingly happy. However, during the king's last years he fell afflicted with weak health suffering from dropsy (Edema) and the consequences of an accident in an explosion in a cannon foundry in Copenhagen. He also had private sorrows that inclined him toward Pietism. That form of faith would rise to prevalence during the reign of his son.

On his last years, Frederick IV asked the loyalty of his son in order to protect Queen Anna Sophie. Despite the growing weakness he set in 1730 on a muster travel, he reached Gottorp but had to return, and died in Odense, on the day after his 59th birthday. He was buried in Roskilde Cathedral, the mausoleum of Danish royalty.

With his first queen, Louise of Mecklenburg-Güstrow: 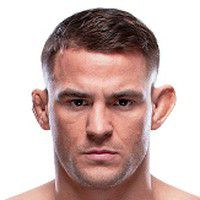 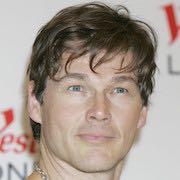