Frederick "Camp" Campion Steward FRS (16 June 1904 – 13 September 1993) was a British botanist and plant physiologist.Detailed practical applications of the totipotency was shown by Steward(1932) who developed a complete carrot plant from a root cell

He was born in Pimlico, London but brought up in Yorkshire. He was educated at Heckmondwike Grammar School and then attended the University of Leeds, where he gained a B.Sc in Chemistry in 1924 and then undertook research in the Botany department.

A Rockefeller Foundation fellowship took him first to Cornell University in 1924 and then to the University of California at Berkeley four years later. In 1934 he returned to England as a Reader in botany and from 1940 to serve in the Ministry of Aircraft Production. After the war he returned to the USA, holding appointments at the Universities of Chicago and Rochester before finally moving to Cornell in 1950.

Professor F.C. Steward discovered and laid the foundation for plant tissue culture; genetic engineering and plant biotechnology of plants be they food crops or trees.

His most important scientific contribution came in 1958, when he established that plants could be totally regenerated from one cell. The finding revolutionized the world of plant cell biology, establishing for the first time that plant cuttings and shoots were no longer required to propagate hybrids and create mutations but that individual plant cells contained all the necessary information to regulate the entire plant organism. His discovery of the means to obtain such regeneration has formed the basis of the entire field of plant molecular biology, meaning that clones, hybrids and mutations of plants can be accomplished in the laboratory rather than having to resort to the far longer and cumbersome process of taking and then cultivating cuttings.

From his Cornell classrooms and laboratories, Steward was responsible for creating and inspiring a generation of botanists. Former students said that his lectures, in "advanced plant physiology" were the high point of their education. The lectures covered an entire year, he used no notes, and would speak as he walked back and forth in front of the lecture theater in Plant Science hall. From the outset of his career, Steward was often associated with scientific controversy and he often tended to be at its epicenter. He believed that one could be and maybe should be a "majority of one" if scientific convictions dictated it.

Steward was elected a Fellow of the Royal Society in March 1957. His candidature citation read:

Steward delivered The Royal Society's Croonian Lecture in 1969 on "From cultured cells to whole plants: the induction and control of their growth and morphogenesis".

He wrote more than 100 scientific journal articles and several books and was an editor and contributor to the 10 volumes and 15 books of "Plant Physiology: A Treatise" (Academic Press, 1959–1991).

He died in Tuscaloosa, Alabama. He had married Anne Temple Gordon, whom he met at Cornell. They had one son. 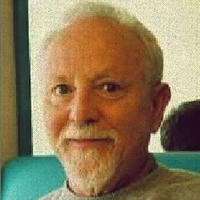 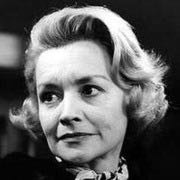 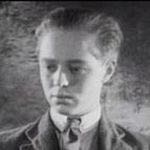 Headmaster and Church of England clergyman