Chatillon has been a "friend and confidant" of Le Pen since they were at law school together. As a student, he was president of Groupe Union Défense, a far-right student group.

French newspaper Le Monde, as part of the Panama Papers investigation reported that Chatillon had used his company to set up an international network of shell companies and false invoices. On his Facebook page, Chatillon wrote, "obviously, the Front National has nothing to do with this private affair, neither directly or indirectly". The complex scheme is alleged to involve companies in complex system involving companies in Hong Kong, Singapore, Panama and the British Virgin Islands.

The press allegations have been dismissed by the online news portal Atlantico as mere libels and politically oriented news. 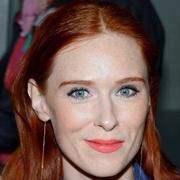