Fredrick Tipton was born and raised in Gary, Indiana, and grew up at 17th and Virginia St. on the city's east side. Gibbs signed with Interscope Records in 2006 and recorded a debut album, but a year later the management of Interscope changed hands and the rapper was dropped.

2009: The Miseducation of Freddie Gibbs

In 2009, Freddie Gibbs released The Miseducation of Freddie Gibbs, which is a compilation of his work to that date, mixing mixtape tracks with unreleased studio material—and midwestgangstaboxframecadillacmuzik—a collection of new music. Both were released for free to the internet.

On October 31, 2011, Gibbs released his ninth mixtape Cold Day In Hell, featuring guest appearances from Young Jeezy, Juicy J, Freeway and Dom Kennedy. Production comes from J.U.S.T.I.C.E. League, Big K.R.I.T., Cardo, DJ Burn One, Speakerbomb, Block Beattaz, Beatnick & K-Salaam and more. On February 18, 2011, Freddie Gibbs announced on his website that he has joined up with Cleveland's Chip tha Ripper and Chuck Inglish and Mikey Rocks of The Cool Kids to form the hip hop group, Pulled Over by the Cops (P.O.C.). On September 25, 2012, Freddie Gibbs released his tenth mixtape Baby Face Killa featuring guest appearances from Young Jeezy, Krayzie Bone, SpaceGhostPurrp, Dom Kennedy, Jadakiss, Kirko Bangz, Jay Rock and Currensy among others. On December 11, 2012 Gibbs announced he was no longer a member of Young Jeezy's CTE label. He elaborated saying there is no beef between the two rappers.

2013–present: ESGN, Piñata and Shadow of a Doubt

Freddie Gibbs performing with Madlib, his collaborator on the album Piñata.

Gibbs joined fellow hip-hop artists Brianna Perry and Ace Hood on the 2013 Forgiato Fest at the Miami Beach Convention Center, Florida, on April 6, 2013. On May 27, 2013, Freddie Gibbs announced he would be releasing his debut album ESGN on July 9, 2013. The album ended up being released on June 20, 2013, three weeks before the planned release date. On January 17, 2014, Freddie Gibbs announced that he was 75% complete with his second studio album Eastside Slim, due for release in 2014.

On March 18, 2014, Gibbs released an album with producer Madlib, titled Piñata. The album received universal acclaim from music critics and peaked at number 38 on the US Billboard 200 and number seven on the US Top Rap Albums charts.

On June 4, 2016, Gibbs was arrested before performing at a concert at Le Rex in Toulouse, France from a European arrest warrant issued by Austria for an alleged rape Gibbs committed in 2015. He attended a hearing on June 3, 2016 and was being held in custody with possible extradition to Austria. The rapper was still scheduled to perform in London, Ireland, France, Portugal, and Toronto.

On June 23, 2016, Gibbs was ordered extradition to Austria for rape charges. Gibbs said "he has no intention of escaping justice, whether French or Austrian." On August 16, 2016, Gibbs was charged with sexual abuse charges on two women.

On September 30, 2016, Gibbs was acquitted of all charges related to the sexual abuse allegations.

A gunman opened fire on Gibbs, who was sitting in a car after he had finished performing at a record store in Williamsburg, Brooklyn, New York, on November 4, 2014. Gibbs escaped unharmed and two members of his entourage received non-life-threatening gunshot wounds. 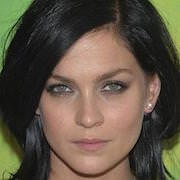