Fredric Michael Lynn (born February 3, 1952) is an American former professional baseball player who played in Major League Baseball (MLB) from 1974 through 1990 as a center fielder with the Boston Red Sox, California Angels, Baltimore Orioles, Detroit Tigers and San Diego Padres. He was the first player to win MLB's Rookie of the Year Award and Most Valuable Player Award in the same year, which he accomplished in 1975 with the Red Sox.

Lynn was born in Chicago, and attended the University of Southern California where he was a member of the USC Trojans baseball teams that won the College World Series in 1971, 1972, and 1973. He represented the United States at the 1971 Pan American Games, where he won a silver medal. He was selected by the Red Sox in the second round of the 1973 MLB draft, with the 41st overall pick. Lynn played in Boston's minor league system during 1973 (with the Double-A Bristol Red Sox) and during 1974 (with the Triple-A Pawtucket Red Sox).

Lynn had an outstanding 1975 season; in 145 games with the Red Sox, he batted .331 with 21 home runs and 105 RBIs. He led the American League (AL) in doubles, runs scored, and slugging percentage, finished second in batting (Rod Carew of the Minnesota Twins hit .359), and won a Gold Glove Award for his defensive play. Lynn won both the Most Valuable Player Award and Rookie of the Year Award, becoming the first player to win both in the same season; the feat was later duplicated by Seattle Mariners right fielder Ichiro Suzuki in 2001. In a game on June 18 at Tiger Stadium, Lynn hit three home runs, had 10 RBIs, and 16 total bases in one game. Lynn and fellow rookie outfielder Jim Rice were dubbed as the "Gold Dust Twins". In the 1975 World Series, which Boston lost in seven games to the Cincinnati Reds, Lynn batted 7-for-25 (.280) with a home run and five RBIs.

Lynn was selected as MVP of the 1982 ALCS, becoming the first player from a losing team to be so honored. Lynn was an All-Star in his first three seasons with the Angels, bringing his total number of selections to nine; he was the MVP of the 1983 All-Star Game. Overall, in his four seasons with the Angels, Lynn appeared in 473 games, batting .271 with 71 home runs and 270 RBIs.

In 1981, Lawrence Ritter and Donald Honig included Lynn in their book, The 100 Greatest Baseball Players of All Time.

A free agent following the 1984 season, Lynn defied expectations that he would continue his career with a West Coast team by accepting the best offer and signing a five-year $6.8 million contract with the Baltimore Orioles on December 11. His signing, along with that of Lee Lacy and Don Aase, cost the ballclub three of its top five picks in the 1985 MLB Draft and was part of Edward Bennett Williams' ill-fated attempt to buy championships which only resulted in last-place finishes in 1986 and 1988. Lynn's time in Baltimore was most noted for his complaints about the Orioles' caps which he called "the hat with the funny little duck on it" due to the smiling cartoon bird on the front. Lynn played for the Orioles from the start of the 1985 seasons through August 1988, appearing in a total of 434 games while batting .265 with 87 home runs and 232 RBIs.

On August 31, 1988, the Orioles traded Lynn to the Detroit Tigers for Chris Hoiles, Cesar Mejia, and Robinson Garces. Detroit traded for Lynn for their 1988 pennant drive, and there was some initial controversy about his postseason eligibility. His acquisition was made on the day of the MLB trade deadline, and Lynn did not arrive in Chicago (where the Tigers had played that day) until after the deadline had passed; he was initially declared ineligible for postseason play. MLB commissioner Peter Ueberroth later overruled this decision, declaring that as long as the transaction was completed by the deadline, the player did not need to physically "report" to their new team before the deadline. The controversy later proved to be moot, as Detroit finished one game behind Boston in the AL East.

In December 1989, Lynn signed with the Padres, his first and only National League team. He played 90 games during the 1990 season, batting .240 with six home runs and 23 RBIs at age 38. After the season, he again became a free agent. He was not invited to spring training by any team in 1991, and although he kept in shape in case an opportunity to join a team arose, he did not play in the major leagues again.

Lynn's career was hampered by some injuries caused by fearless play, such as a broken rib from crashing into an outfield wall, or knee injuries from breaking up double plays, and playing all-out defensively. He never played more than 150 games in a season, and only topped 140 games four times.

Lynn played for five different teams, but considers himself a member of the Red Sox family. "I'm a Red Sock. I didn't want to leave the Red Sox.", said Lynn, further noting, "I came up with them and from 1973 to 1980 I was their property. I thought I'd end up spending my entire career in Boston. It was tough, even though I was going to a great team [the Angels] and playing for a great owner in Gene Autry."

Lynn worked as a baseball color analyst for ESPN from 1991 to 1998, doing some College World Series games and some west coast MLB games. He has also been a spokesman for Gillette and MasterCard, and occasionally entertains clients at Red Sox games from the Legends Skybox at Fenway Park.

Lynn has raised thousands of dollars through charity work for Childhaven, a home for abused and neglected children, and FACE Foundation, an animal charity. He has been a frequent participant in the All-Star Legends and Celebrity Softball Game, held annually since 2001 in the days leading up to the MLB All-Star Game.

Lynn was inducted into the USC Hall of Fame in 1994, and was selected by fans to the Red Sox' All-Fenway Team in 2012.

As of 2012, Lynn resides in Carlsbad, California, with his wife, Natalie; he has two children from a first marriage.

The contents of this page are sourced from Wikipedia article. The contents are available under the CC BY-SA 4.0 license.
View Fred Lynn 's image gallery
Image Gallery 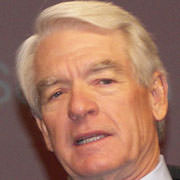