Franz Schall (born 1 June 1918 – 10 April 1945) was a German pilot in the Luftwaffe during World War II. He was a recipient of the Knight's Cross of the Iron Cross of Nazi Germany; for the fighter pilots, it was a quantifiable measure of skill and combat success.

On 8 November 1944, Fighter General Adolf Galland was visiting to question the slow progress with the unit. But only four aircraft were able to take to the air. Although Schall could not get through to the bomber stream, he was able to shoot down a pair of United States Army Air Forces (USAAF) P-51 Mustang fighter escorts, but then suffered a flameout of both engines. While attempting to glide back to his base at Hesepe, he was intercepted by a P-51, probably piloted by 1st Lt. James W. Kenney of the 357th Fighter Group, which badly damaged Schall's Me 262 A-1a. Schall managed to bail out just before his aircraft exploded. It was far worse though for the unit Kommodore Maj Nowotny who was, in almost identical circumstances, also pounced by Mustangs after another engine flameout. Witnesses saw his burning aircraft plummet straight into the ground just east of their Hesepe airfield, killing Nowotny instantly.

Within a fortnight the unit had been disbanded, and absorbed into the newly formed JG 7, the world’s first operational jet-fighter unit, and Schall, now with 122 victories, and his unit (now renamed 10./JG 7) was based at Oranienburg. He continued to score regularly in the Me 262, eventually ending with at least 14 confirmed jet victories (there were probably more victories, but they remain unconfirmed amidst the chaotic records of the last days of the war), making him the 3rd highest scorer of jet victories in the war. On 22 March 1945, he shot down a Yak-9, probably the one flown by L.I. Sivko from 812.IAP, himself one of the first Soviet pilots to shoot down an Me 262 jet fighter. Schall was credited with 137 victories in 550 missions. 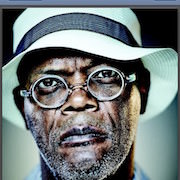