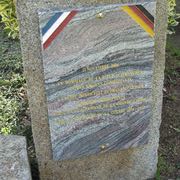 Franz Künstler (Hungarian: Künstler Ferenc, 24 July 1900 – 27 May 2008) was, at age 107, the last known surviving veteran of the First World War who fought for the Austro-Hungarian Empire. Following the death of 110-year-old Ottoman veteran Yakup Satar on 2 April 2008, he was also the last Central Powers veteran of any nationality. He was born in Sósd, in the Kingdom of Hungary, now Măureni, Romania.

A Banat Swabian, Künstler enlisted the Austro-Hungarian Army at Szeged in February 1918 in a field artillery regiment (HFKR 5. k.u. Feldkanonen-Regiment/ - 5. honvéd tábori ágyúsezred). He saw combat on the Italian Front on the Piave River. Following the collapse of the Austro-Hungarian Empire, he fought against the communists in Hungary, and was a soldier until 1921. During the Second World War, he served six months in 1942 as a mobile courier in Ukraine.

Following World War II, Künstler lived in Niederstetten, Baden-Württemberg, Germany, and worked as a guide in a museum. He had been expelled from Hungary by the communist government, as had many other ethnic Germans.

Asked about his nationality, Künstler said he always felt connected to the German nation and saw himself as a German. He was a Hungarian citizen until 1946, when he obtained German citizenship. In an interview given at the age of 107 to an Austrian magazine, Künstler was asked about "the most important thing in life". He answered: "I was a handsome man and had many women. But more important is to have a good wife, with whom one can share one's life."

With the February 2008 death of 107-year-old Georg Thalhofer, who had been physically unfit for World War I service, Franz Künstler became the oldest living man in Germany. He died of complications from intestinal surgery in Bad Mergentheim after having fallen while visiting his native Hungary. 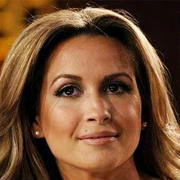