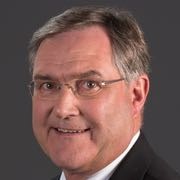 Franz Josef Jung (born 5 March 1949) is a German politician of the Christian Democratic Union (CDU). He became Federal Minister of Defence in the Grand coalition cabinet of Angela Merkel on 22 November 2005. In October 2009 he became Minister of Labour and Social Affairs but resigned a month later.

After his military service, Franz Josef Jung studied law at the University of Mainz and is a lawyer and civil law notary. In 1978 Jung successfully completed his doctoral studies at the University of Mainz and was hence awarded the title Dr. jur. (i.e. PhD in Law). In his political career, he held various party functions in Hesse (currently as vice chairman of the CDU there) and also served as a state minister. As Minister-President Roland Koch's chief of staff in the Hesse chancellery, Jung resigned amid the CDU donations scandal in 2000.

Even before entering the Bundestag, Jung was a CDU delegate to the Federal Convention for the purpose of electing the President of Germany in 1989, 1994, 1999 and 2004.

Following the 2005 federal elections, Jung became a member of the German Bundestag and joined the first cabinet of Chancellor Angela Merkel.

Between December 2005 and March 2009, Jung visited the German military bases in Kunduz, Mazar-i-Sharif and Faizabad three times. During a later trip to Northern Afghanistan in early April 2009, he joined German Chancellor Angela Merkel in visiting reconstruction efforts in Mazar-i-Sharif.

In September 2007, Jung sparked a debate by his controversial assertion to shoot down jetliners in the case of a terrorist attack on Germany. Several politicians of the opposition parties as well as politicians from the SPD, especially Reinhard Bütikofer and Kurt Beck, described his move as "unconstitutional" and called for his resignation.

In June 2007 the Minister Franz Josef Jung launch the F125 for $3 billion to ARGE F125 consortium (ThyssenKrupp Marine Systems and Friedrich Lurssen Werft and Blohm + Voss) for 4 Frigates "without MK-41 missile launcher" (as for example has the previous F124 Sachsen class, able to pack enough missiles).

In early 2008, Jung rejected a sharply worded letter from his United States counterpart, Robert M. Gates, asking that Germany send soldiers and helicopters to southern Afghanistan, where the heaviest fighting was taking place at the time. Instead, Jung announced that Germany would deploy a rapid reaction force in northern Afghanistan to replace Norwegian troops.

On 27 November 2009, Jung tendered his resignation as Minister of Labour and Social Affairs because of the Kunduz airstrike in Afghanistan of 4 September 2009. The airstrike was against two fuel tankers that had been hijacked by the Taliban but also resulted in the deaths of dozens of civilians. Jung's resignation was over allegations that, whilst he was Defence Minister, he intentionally downplayed the possibility that civilians had been killed in the airstrike. A video taken by the American F-15 fighter bomber involved in the airstrike was leaked to the newspaper Bild and is said to have clearly depicted civilians in the target area. However, it is not clear whether Jung knew about the video when he had denied that civilians were killed. Karl-Theodor zu Guttenberg succeeded Jung in the post.

Jung's resignation came a day after the resignation of Wolfgang Schneiderhan, the Chief of Staff of the Bundeswehr, and Peter Wichert, a senior Defence Ministry official. Their resignations were described as Germany's "biggest military shake-up in more than two decades" and have been claimed as proof that the defence ministry actively suppressed information about the incident.

After the 2013 elections, Jung was appointed deputy chairperson of the CDU/CSU parliamentary group in charge of food, agriculture and consumer protection. Following the death of Andreas Schockenhoff, he took on the foreign policy portfolio in early 2015.

In July 2016, Jung announced that he would not stand in the 2017 federal elections but instead resign from active politics by the end of the parliamentary term. In March 2017, it was announced that Jung is to join the supervisory board of defence and automotive engineering group Rheinmetall.

Ahead of the Christian Democrats’ leadership election in 2018, Jung publicly endorsed Friedrich Merz to succeed Angela Merkel as the party’s chair.

Jung is a Roman Catholic. He is married with three children and lives in Erbach, Rheingau. 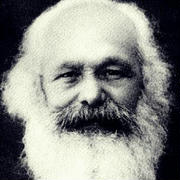