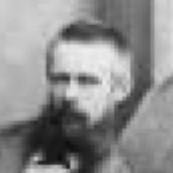 Son of a professor, Benque was born in Ludwigslust, nowadays a city located in the Ludwigslust-Parchim district in Mecklenburg-Vorpommern, northern (Germany). He received lessons of photography from C.C. Hersen before moving to the then Austrian city Trieste in 1864, where he opened a studio in partnership with the Italian watchmaker Guglielmo Sebastianutti (1825–1881), marrying Sebastianutti' stepdaughter, Isabella, in 1868.

Despite being recognized by the local press and specialized organizations, receiving – among other things – a silver medal in the World Fair of Paris in 1867, Benque returned to (Germany) in 1869 and opened a studio with his cousin Conrad Kindermann in Hamburg.

One year later, in 1870, immigrated with his family to Brazil. With Alberto Henschel (1827–1882), a German from Berlin that migrated to Brazil in 1866, owner of the company Photographia Allemã (German Photography) with studios in Bahia and Pernambuco, Benque established the partnership Henschel & Benque Photographia Allemã that would become one of the most renowned Brazilian photography houses in that time.

In 1878 Benque returned to Trieste and continued to work with Sebastianutti. In 1903 he moved to the Austrian city of Villach, where he died in 1921.

The contents of this page are sourced from Wikipedia article on 10 Mar 2020. The contents are available under the CC BY-SA 4.0 license.
View Franz Benque 's image gallery
Image Gallery