Franz Altheim (6 October 1898 – 17 October 1976) was a German historian, best known for his trip with Erika Trautmann funded by the Ahnenerbe and Hermann Göring.

Altheim was born to Wilhelm Altheim, an eccentric sculptor of a father, in Frankfurt who passed his Bohemian ways onto his son. But after Franz's mother left, his father committed suicide on Christmas Day 1914. In 1917, Altheim joined the German army, became a translator and was then stationed in the Ottoman Empire.

Altheim began studying classical philology, archaeology and linguistics, paying for his education with a bank job. After making several annual trips to Italy funded by government grants, he became a private lecturer at the University of Frankfurt in 1928. After making friends with Leo Frobenius, a well-known researcher in Germany at the time. Frobenius attended annual events at the home in the Netherlands of former emperor Wilhelm II, where he invited academic elites, and Frobenius asked Altheim to join them.

In 1938, Altheim went on an expedition through the Middle East with his lover, Erika Trautmann, and he became a professor at the University of Halle the same year. In 1950 he began teaching at the Free University of Berlin. 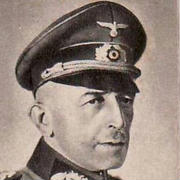