František R. Kraus (October 14, 1903, Prague - May 19, 1967, Prague) was a Czechoslovak Jewish anti-fascist writer, journalist and editor, member of the resistance movement and a sportsman.

He wrote for the famous Prager Tagblatt, Freie Presse, and others, and was an editor in the Czechoslovak Radio, founder of its Shortwave section and speaker for the Foreign section in Czech, German, French and English.

In his literary work, he deals with reflexion of the Holocaust in Czechoslovakia; topics such as human existence, dignity, justice, guilt and hope. Main theme of his short stories is a pictorial world of weird figures and characters from old Prague.

Due to his political prosecution during the Communist regime in Czechoslovakia, vast majority of his work was censored and banned. One of his disciples, Arnošt Lustig, considered him to be one of the most important modern Czech writers ever and compared him to authors such as Jack London, Egon Erwin Kisch or Primo Levi and taught his legacy in universities in the United States. However, Kraus still remains to be relatively unknown in the present-day Czech Republic, because most of his books remain unpublished.

František R. Kraus was born in Josefov, then the Jewish quarter in Prague into a Jewish family of Robert Kraus, a travelling salesman and Matylda Kraus née Kollmann, a housewife. As it was common in better well-off Jewish families at that time, he obtained his basic education at a catholic Piarist convent school in Panská street. Later he continued at Realschule in Jindřišská street. He graduated at Classical High School in Kinský palace at the Old Town Square. Because his parents divorced, due to financial circumstances he could not pursue his academic career and instead went into journalism.

Kraus was a journalist and writer. He belonged to the so-called "Der enge Prager Kreis" or "close Prague circle" (Prager Kreis). Right at the end of the World War I, he started to work for German newspaper, for example for the famous Prager Tagblatt, Prager Presse, Bohemia and others. He had strong ties to the Czech intellectual elite. He was well-befriended with Max Brod, Franz Kafka, (he describes his first encounter in a short story entitled "Džbánek plzeňského" - "A Mug of Pilsner"), Karel Čapek, Jaroslav Hašek, as well as he knew Tomáš Garrigue Masaryk and his son Jan Masaryk. However, his literary role-model, family friend and life teacher was "The Angry Reporter" Egon Erwin Kisch. He even lived in his house for some time.

In the 1930s, Kraus participated on the foundation of the Czechoslovak Radio, he was an editor of the "Spoken news". He was also active as a reporter, journalist and editor in the Czech News Agency (ČTK) for quite a long time. Collaboration with the Berlin-based magazine Die Grüne Post would often bring him abroad; he reported from Berlin, Vienna but even from outside of Europe.

Kraus was also the whole-country champion in track swimming in the 1930s. He represented the Jewish sport club Hagibor and later the famous Slávia Prague. He also played water polo, soccer and tennis.

In the late 1930s, Hitler's Nazi regime was on the rise, and was threatening Czechoslovakia. Kraus often spoke against Nazism - the especially against Konrad Henlein and rise of Nazi powers in the Sudetenland - in his regular radio relations. Therefore, he provoked anger of the Henlein followers who even interpelled against him in the Czechoslovak Parliament.

In May 1938, during the Munich Crisis, he joined the army during mobilization (a story "A Helmet in the Field" ("Přilba v poli")). These events, culminating with the Munich betrayal (the "Runciman at Henlein's" report), had tragic results not solely for him.

Kraus was also a keen sportsman. He played soccer, water polo and did competition swimming. He was a member of the famous Slavia Prague, later he switched to the Jewish Sports Club Hagibor Prague. In the 1930s, he became the overall swimming champion of Czechoslovakia.

After the German occupation of Czechoslovakia, Kraus became an informer of the resistance group of František Schmoranz. This network, later known as the "Schmoranz group" did mostly intel activities and collection of information about the German Army. This information was then passed along to the former analyts of the Czechoslovak Army and in the form of messages, these were then sent through the Obrana národa to London. After Schmnoranz being arrested by the Gestapo, Kraus was also arrested. He was interrogated in the Petschek Palace and then briefly jailed at Pankrác but because his connection to the group was never proved, he was eventually released.

Because, during the 1930s, he was one of the strongest voices criticizing the Nazis, Henlein's SdP, their evil methods and their rise to power, he was immediately on their blacklist not only as a Jew, but as a Social Democrat and as a member of intelligentsia. In November 1941, Kraus was put onto the first transport to Terezín, the Ak-1 ("Aufbaukommando Eins"), the so-called "Ghetto Build-up Unit". This group was sent ahead to prepare the small city of Terezín in North Bohemia for the planned incoming transports of dozens of thousands of Jews, mainly from the Protectorate, Germany and Austria, into the city, therefore becoming a ghetto. In the transport, Kraus got the number Ak-353. The Ak-1 transport was a normal, passenger train, not cattle wagons as it was common later. As there is no railroad connection to Terezín from the main corridor, the group was transported to nearby Bohušovice nad Ohří and from there had to walk, escorted by Czech gendarmerie, to Terezín. 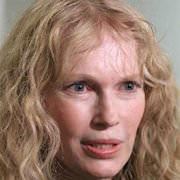