Born in Mangakino, New Zealand, Botica played domestic club rugby union for North Harbour, as well as Llanelli in Wales, and spent a period in France.

He played for New Zealand sevens in eight international tournaments between 1985 and 1988, and was part of the first New Zealand team to win a Hong Kong Sevens title in 1986.

In the early part of his rugby union career he was a rival to Grant Fox for the All Blacks number 10 jersey. Botica was regarded as more a running player whereas Fox was considered a superior kicker and it was his rival who eventually won the selectors' favour, forcing Botica to the bench and restricting the number of rugby union tests he played. Ironically, after switching codes Botica became known as one of the most dependable goal-kickers in international league.

Botica joined Wigan in British rugby league in 1990, part of an exodus of All Black backs to rugby league including Matthew Ridge (Manly-Warringah), John Gallagher (Leeds) and John Schuster (Newcastle Knights). While at Wigan he became a prolific points scorer and the fastest man in the history of British league to reach 1,000 points.

In 1991 he played for the New Zealand Māori side in his first match of rugby league in New Zealand.

During the 1991–92 season, he played for defending champions Wigan on the wing in their 21-4 victory against the visiting Australian champions Penrith in the 1991 World Club Challenge played at Anfield in Liverpool.

Botica played Stand-off/Five-eighth, and scored 2 conversions and a drop goal in Wigan's 5-4 victory over St. Helens in the 1992 Lancashire County Cup Final.

Botica played in the 1994 World Club Challenge against the Broncos again, this time at the ANZ Stadium in Brisbane. Wigan reversed the 1992 result with a 20-14 win in front of a WCC record attendance of 54,220 fans, including a number of Wigan supporters who had travelled to Australia to watch the game. Known as a very accurate goal kicker, Botica kicked four goals from four attempts on the night.

Botica set a new record for most goals in a season for Wigan when he kicked 186 during the 1994–95 Rugby Football League season. He returned to New Zealand to play for the Auckland Warriors during their inaugural year in 1995, before returning to England to play for the Castleford Tigers in 1996.

Botica played in seven internationals for New Zealand between 1991 and 1993.

He made his test debut at Fullback against France at Carlaw Park in Auckland on 13 June 1991, kicking eight goals as the Kiwis thrashed the visitors 60-6. He then backed that up with a 6-goal performance in the second test in Christchurch. His selection had seen him flown in from England for the series after a dispute between the New Zealand Rugby League and Manly-Warringah over compensation saw in-form test incumbent Matthew Ridge become unavailable. This dispute, and his own solid form, saw Botica keep his spot for the first test of the 1991 Trans-Tasman Test series against Australia in Melbourne where he kicked four goals and helped the Kiwis to a shock 24-8 win over the Kangaroos. Botica played fullback for the Kiwis in all three tests of the series, eventually won 2-1 by Australia who easily won the second test 44-0 at the Sydney Football Stadium before wrapping up the series with a 40-12 win at Lang Park in Brisbane. The goal kicking Kiwi fullback won praise from Australian coach Bob Fulton who proclaimed that he could play as well as any fullback in the Winfield Cup. Botica kicked six goals from eight attempts (75%) during the test series.

Botica's last two tests came during the Kiwis' 1993 Tour of Great Britain and France. He played on the wing during the last two tests of the series against the Great Britain Lions at Central Park in Wigan and at Headingley in Leeds, though the Lions, who had won the first test at Wembley, went on to win the series 3-0. He was not selected for the test against France at the end of the tour and would never again play a test for the Kiwis.

Despite eventually becoming a five-eighth in rugby league, Botica spent much of his time in the 13-aside code, including five of his seven tests for New Zealand, at fullback.

When rugby union became openly professional, Botica returned to the 15-a-side code to play for Llanelli in Wales and then in France. In 1997 and 1998 he played for Croatia in two World Cup qualifying matches. In his late 30s he returned for the North Harbour Rugby Union in New Zealand and played several matches, mainly off the bench.

In 2009 Botica worked with the New Zealand Warriors as a kicking coach. Botica's son Ben is a former member of North Harbour's ITM Cup squad, has represented New Zealand Schoolboys, and currently plays for Aviva Premiership side Harlequin F.C. 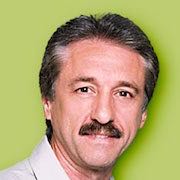 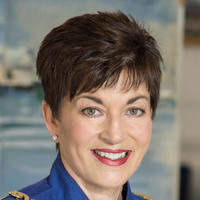 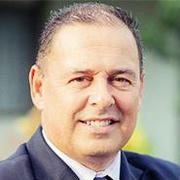