Franklin Delano "Frank" Roosevelt III (born July 19, 1938) is an American economist and academic. Through his father, he is a grandson of President Franklin D. Roosevelt and Eleanor Roosevelt, and through his mother he is a member of the prominent du Pont family.

Franklin is the first child born to Franklin Delano Roosevelt, Jr. and his first wife, Ethel du Pont. He was born during his paternal grandfather's second term as president and was his eighth grandchild to be born. After his birth, his father said, "'Battling' Frank III is a beautiful baby."

After graduating from St. Mark's School in Southborough, Massachusetts, Frank Roosevelt received his Bachelor of Arts in Economics from Yale University in 1961, his master's degree from Columbia University in 1968, and his Ph.D. from The New School. Frank Roosevelt with his mother, Ethel du Pont, and FDR at the White House, Christmas 1941

His dissertation was entitled Towards a Marxist Critique of the Cambridge School. His work has primarily focused on combining Marxism and capitalism in an attempt to make modern economic systems more "fair" and less prone to the "winner takes all" scenario.

In 1977, he became a professor at Sarah Lawrence College in Yonkers, New York, where he was chair of the social sciences faculty from 1988 to 1990 and 1991 to 1993. He is a now professor emeritus, and continues to speak out on his grandparents' legacies.

He has referred to himself as a "radical" or "alternative" economist.

Rhona Free, one of his former students who is a professor of economics at Eastern Connecticut State University, was named in 2004 one of four U.S. Professors of the Year by the Carnegie Foundation for the Advancement of Teaching and the Council for Advancement and Support of Education. In her acceptance speech, she cited Roosevelt as a significant influence, saying, "The most important teacher I ever had was Frank Roosevelt, an economics professor at Sarah Lawrence. He's much more interested in teaching than in testing and in encouraging than in evaluating. In his classes even an average student, as I was, can learn to think critically, express thoughts carefully, and view the world with an open mind."

In 2004, the university awarded him the Lipkin Family Prize for Inspirational Teaching. The Eleanor Roosevelt Monument in Manhattan

Roosevelt, who lives in Manhattan, was a member of the Board of Trustees of the Manhattan Country School. from 1970 to 2010. In 1981, he led the effort to put the school's tuition system on a sliding scale.

In 2012, Roosevelt received the "Intelligence and Courage Award" from the Frances Perkins Center.

Since January 2013, Roosevelt has taught economics in the Master of Arts in Public Administration program at Metropolitan College of New York.

He married Grace Rumsey Goodyear on June 18, 1962. She is the granddaughter of Norman Thomas (1884–1968), the Presbyterian minister who achieved fame as a socialist, pacifist, and six-time presidential candidate for the Socialist Party of America. They have three children, including a set of twins: 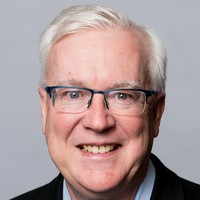