Frank Monroe Upton (29 April 1896 – 25 June 1962) was a sailor in the United States Navy who received the Medal of Honor for his actions during the First World War.

Upton was born in Loveland, Colorado on 29 April 1896 and died 25 June 1962. He is buried in Arlington National Cemetery in Virginia (Section 8, lot 55-A). His wife, Greta B. Upton, and a relative, Paul Upton Fisher, are also buried in his lot.

For extraordinary heroism following internal explosion of the Florence H, on 17 April 1918. The sea in the vicinity of wreckage was covered by a mass of boxes of smokeless powder, which were repeatedly exploding. Frank M. Upton, of the U.S.S. Stewart, plunged overboard to rescue a survivor who was surrounded by powder boxes and too exhausted to help himself. Fully realizing the danger from continual explosion of similar powder boxes in the vicinity, he risked his life to save the life of this man. 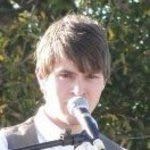