Frank Edward Clarke (1849 – 1 July 1899) was a New Zealand ichthyologist and scientific illustrator. He discovered numerous fish species previously unknown to science and was the third most active describer of those new species in New Zealand from 1870 to 1905. Clarke was also an artist and a collection of his scientific illustrations is held at Museum of New Zealand Te Papa Tongarewa.

Clarke was born in Suffolk, England in 1849. In early 1876 Clarke was appointed Chief draftsman in the Survey Department in Westland.

Amongst Clarke's scientific discoveries, he was the first uncover the presence of Himantolophind anglefishes in New Zealand in 1877. Clarke obtained the specimen of Himantolophus appelii, which he described in his scientific paper, from Mr Appel of Hokitika and named the species in his honour.

Clarke also obtained a fish specimen collected on 6 August 1878 by W. Duncan. Clarke subsequently described and named that species as Argentina decagon and forwarded the specimen to the Colonial Museum, now the Museum of New Zealand Te Papa Tongarewa, where it is still kept. However Clarke had been preempted by Frederick Wollaston Hutton who had described the new species as Argentina elongata in January 1879. Clarke is unlikely to have seen Hutton's description.

Some time in or around 1894 Clarke was transferred from the Survey Department in Westland. Prior to him leaving he was presented with an illuminated address by the Mayor of Hokitika on behalf of the citizens of Hokitika. The address expressed their appreciation of Clarke's work and in particular their recognition of his "study and original observations of the fish of this coast".

Sir James Hector is recorded as saying of Clarke that Clarke's "knowledge of fish was minute and accurate, and it would be difficult to exaggerate the beauty and scientific fidelity of his drawings. A special value attached to these drawings inasmuch as some represented rare and others absolutely unique specimens which had come under Mr. Clarke's observation". Hector hoped the collection of Clarke's drawings would be purchased in its complete form by a museum. The Museum of New Zealand Te Papa Tongarewa did in fact purchase Clarke's drawings and watercolours from his wife in 1921.

Clarke also designed the common seal for the Municipal Corporation of Kumara.

Clarke was married. He and his wife had the following children

The contents of this page are sourced from Wikipedia article on 14 Jul 2020. The contents are available under the CC BY-SA 4.0 license.
View Frank Edward Clarke 's image gallery
Image Gallery 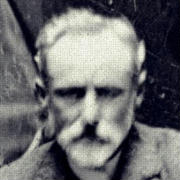