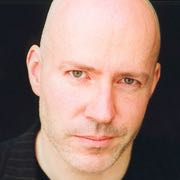 Frank Bungarten (born 1958) is a classical guitarist from Germany. Born in Cologne, Bungarten had his early influence of Guitar music when he was a teenager. In 1981, he got noticed in the international guitar scene, when virtuoso guitarist Andrés Segovia honored him with the first prize at the Guitar Competition of Granada, combined with an extensive concert tour of Spain. To date, he has performed in more than 40 countries. Among his recordings, "J.S.Bach ~ Sonatas and Partitas for Violin solo", got serious recognition. Although he is often regarded as a Bach expert on the Concert Guitar, Bungarten claims to love and play a wide & diverse repertoire.

Under the influence of rock music of the 60s, 10-year-old Frank had picked up his first Guitar. His first teacher was a Paraguayan virtuoso named Carlos Baez, a temporary resident of Rhineland. Frank played his first gigs as a guitarist when he was just 13 years old in a band formed by teachers and his school. His passion for jazz led him to learn self-taught tenor and soprano saxophone. Despite his later career as a classical musician playing the Classical guitar, he has always regarded John Coltrane as one of his towering influences. Bungarten had studied Music at the Academy of Music Cologne. After musical training with Karl-Heinz Bottner and Hubert Käppel and a master class with Oscar Ghiglia in Italy he slowly worked on his own artistic voice and direction on his principle instrument, which is the Classical Guitar. In addition to the guitar he has played the saxophone with his group "Extempore", a free improvised music with numerous engagements in radio productions, festivals and jazz clubs. After a second place at the Federal University Competition in 1981, he met with serious success the same year when Andrés Segovia awarded him first prize in the Guitar Competition in Granada, combined with a tour of Spain. Immediately following his studies (graduating with distinction), he commenced his career as a University lecturer and has been performing as a soloist in almost all countries throughout Europe and the Americas. Till date, he has played as a soloist in over 40 countries, including the ones that are commissioned by the Goethe Institute. He has played at the Berlin Philharmonic, the Arts and Convention Centre Lucerne, the Gasteig Munich, the Salzburg Festival, Schwetzingen Festival, the Schleswig-Holstein Music Festival, MDR Music Summer, the Lower Saxony Music Festival and International Guitar Festivals of the Mediterranean, Scandinavian, Indian and many more. Frank has won two Echo awards for his outstanding stylistic versatility on the Modern Classical Guitar.

He holds a chair at the Hochschule für Musik, Theater und Medien Hannover in Hannover, Germany. He resigned his second professorship at Lucerne Academy of Music (Switzerland) in 2010 in favour of his artistic activities. He regularly conducts masterclasses and seminars all over the world.

Bungarten used to earn his pocket money as a teenager by giving guitar lessons and he had later taught both kids and adults for seven years and at the Municipal Music School in Frechen. In 1981, he served as assistant to his teacher, Hubert Käppel at the Cologne Academy of Music and from 1982 at the Hochschule für Musik, Theater und Medien Hannover, where he serves as a professor. From 1989 to 2010 he was also a professor at the University of Lucerne, Switzerland. He has given more than a hundred seminars and master classes. His uncompromising approach to teaching, projects the classical guitar's versatile potential. The photographer Thomas Struth's classroom work devoted Bungarten one introduced in 2005 in Bern and New York video project.

In 2005 Frank Bungarten was given the Echo Klassik award for "Instrumentalist of the Year" for his CD "Cancion y Danza".

In 2011 Frank Bungarten was honored once again with the "Echo Klassik" (Echo (music award)) award as “Instrumentalist of the Year”.

On 14 October 2018, Bungarten was awarded the "Opus Klassik" prize during a gala hosted by Thomas Gottschalck at the Konzerthaus in Berlin.

For almost two decades, he has made reference recordings with concept repertoires on the audiophile label Musikproduktion Dabringhaus & Grimm, including a comprehensive interpretation of Bach's solo violin works - using his own transcriptions. The French audio magazine Diapason simply wrote, "What we hear is not guitar, not Bungarten, it is Bach".