François Joseph Lefebvre (/ləˈfɛvrə/ lə-FEV-rə, [fʁɑ̃swa ʒɔzɛf ləfɛvʁ]; 25 October 1755 – 14 September 1820), Duc de Dantzig, was a French military commander during the Revolutionary and Napoleonic Wars and one of the original eighteen Marshals of the Empire created by Napoleon.

Lefebvre was from Rouffach, Alsace, the son of a Hussar. He enlisted in the French Army at the age of 17 and like his close friend, Michel Ordener, he embraced the French Revolution. In 1783 he married Cathérine Hübscher with whom he had 14 children, although none living to survive him (his last son died in battle in 1812).

In 1789 he was a sergeant in the Gardes Françaises, and like most of the regiment, he joined the revolution. Promoted to brigadier general in 1793, he took part in the Battle of Fleurus (24 June 1794). After General Louis Lazare Hoche's death he commanded the Army of Sambre-et-Meuse (September 1797). He then commanded the vanguard of the Army of the Danube under Jourdan in March 1799, although for the first week of the campaign he was incapacitated with ringworm and Dominique Vandamme replaced him temporarily. He was later injured at the Battle of Ostrach where the Advance Guard bore the brunt of the early fighting. In November 1799, Lefebvre commanded the Paris troops and agreed to support Napoleon Bonaparte in his coup d'état. In 1800, Bonaparte appointed him senator.

Napoleon made him a Marshal of the Empire in 1804. Lefebvre commanded a division of the Old Guard in the German campaign of 1805. At the Battle of Jena-Auerstedt, on 14 October 1806, Lefebvre commanded the infantry of the Imperial Guard. In command of the X Corps He besieged and took Danzig in 1807, which won him the title of Duc de Danzig (Duke of Danzig).

In 1808 Lefebvre took part in the Peninsula War. In 1809 he commanded the Bavarian army at the battles of Eckmühl and Wagram. Defeated by Tyrolean patriot Andreas Hofer in the same year, he was replaced. He commanded the Old Guard in the French invasion of Russia, Battle of Borodino (1812), and in the German (1813) and French campaigns (1814) of the War of the Sixth Coalition.

He voted for the Emperor's deposition at the Senate and during the First Restoration he was made Peer of France by Louis XVIII (4 June 1814), but rallied to Napoleon during the Hundred Days.

He was excluded from the House of Peers during the Second Restoration. However, he retained his rank of marshal. Louis XVIII restored his peerage on 5 March 1819. He died in 1820 and was buried near André Masséna at the Père-Lachaise Cemetery, Paris.

He never forgot the hard work that brought him rank and wealth. When a friend expressed envy of his estate, Lefebvre said "Come down in the courtyard, and I'll have ten shots at you with a musket at 30 paces. If I miss, the whole estate is yours." The friend naturally declined this offer, and Lefebvre then added, "I had a thousand bullets shot at me from much closer range before I got all this." 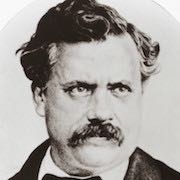 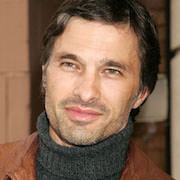