Franco Rosso (29 August 1941 – 9 December 2016), was an Italian-born film producer and director based in England, whose films demonstrate "rare sympathy and understanding with minority groups in general, immigrant minority groups in particular." He is known for making films about Black British culture, and in particular for the 1980 cult film Babylon, about Black Jamaican youth in south London, which was backed by the National Film Finance Corporation.

Rosso was born in Turin, Piedmont, Italy, but grew up in London, where his parents (who had been Fiat workers in Turin) brought him when he was aged eight. After attending comprehensive school in Battersea, Rosso went on to Camberwell School of Art and the Royal College of Art (at which he was a contemporary of Ian Dury).

He was assistant on Ken Loach's 1969 film Kes, and his subsequent career as a filmmaker has encompassed feature films as well as television documentaries and series, working as an editor, producer, director and writer. In 1981 he won as Evening Standard Award for Most Promising Film-Maker for his 1981 drama Babylon, which was called by New Britain fanzine "one of the best British films ever made, not just one of the best 'Black' or 'Youth' films". 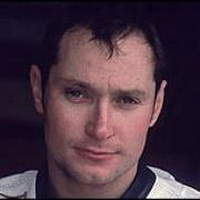