He is and has been for decades one of the most popular singer-songwriters in Italy. His unique sound, song-crafting and especially his lyrics, often containing philosophical, religious, and culturally exotic references, as well as tackling or painting universal themes about the human condition earned him a unique spot on Italy's music scene, and the nickname of "Il Maestro" ("The Master" or "The Teacher"). His work includes songwriting and joint production efforts with several Italian and international musicians and pop singers, including the long-lasting professional relationship with Italian singer Alice. Together with Alice, Battiato represented Italy at the 1984 Eurovision Song Contest with the song "I treni di Tozeur".

After graduating from high school at the Liceo Scientifico "Archimede" in Acireale, and following the death of his father (truck driver and longshoreman in New York), in 1964 he moved first to Rome. Franco Battiato moved to Milan at age 22, and soon after won his first musical contract.

His single, "La Torre", was released and Battiato appeared on TV to perform the song. He scored some success with the romantic song È l'amore. After further covers of pop songs, he met the experimental musician Juri Camisasca in 1970 and collaborated with Osage Tribe, an Italian psychedelic-progressive rock band. As a solo artist, he released the science-fiction single La convenzione (The convention), one of the finest Italian progressive rock songs of the 1970s.

Starting from 1971, Battiato devoted much of his efforts to experimental electronic music, producing a series of LPs that remained almost unknown at the time, but are now eagerly sought by collectors worldwide. Starting out with electronic progressive rock with some emphasis on vocals, his music became increasingly experimental, gradually moving into the realms of musique concrète and minimalism: Foetus (1971, its cover was censored), Pollution (1972), Sulle Corde di Aries (1973), Clic (1974) and M.elle le “Gladiator” (1975).

In 1975, he moved to the Dischi Ricordi label, producing Battiato (1975), Juke Box (1976) and the experimental L'Egitto prima delle sabbie (Egypt Before the Sands, 1977), which won the Stockhausen award for contemporary music.

After the Ricordi label failed to re-sign him, Battiato signed with EMI. He abandoned the prog rock experiments of the previous years and moved to a more pop-oriented style which afforded him ever increasing popularity with Italian audiences. In this period his albums were usually in collaboration with the renowned musician and violinist Giusto Pio, whose two later albums were produced by Battiato.

After L'era del cinghiale bianco (The Era of the White Boar, 1979). Patriots was released, and it was his first LP of the 80s. That album was successful enough to reach the thirtieth position on the charts. It contains a few songs which have become Battiato's classics, such as "Le Aquile" (The Eagles), and "Prospettiva Nevskij" (Nevsky Prospect). This new era of his music marks the beginning of his collaboration with the singer Alice and the violinist Giusto Pio. His following LP was "La Voce del Padrone" (His Masters Voice). He had even more success with this album than with "Patriots". His compositions sound both elegant, yet easy to listen to. This was the key to his growing fan base, of course. "La Voce del Padrone" contains lots of songs which became classics of Italian music. It stayed in the number one position for six months, becoming the first Italian LP with more than one million copies sold. His commercial success was confirmed by L'arca di Noè (Noah's Ark) in 1982. Songs such as "L'era del cinghiale bianco", "Prospettiva Nevskij" ("Nevsky Prospekt"), "Centro di gravità permanente" ("Permanent Gravity Centrepoint"), "Bandiera bianca" ("White Flag"), and "Voglio vederti danzare" ("I Want To See You Dance") established Battiato in Italy. Orizzonti perduti (Lost Horizons, 1983), which Battiato himself called a kipper, was followed by the successful Mondi Lontanissimi (Faraway Worlds, 1985), which featured a solo version of the popular "I treni di Tozeur" ("The Tozeur Trains)", originally a duet with Alice performed at the 1984 Eurovision Song Contest.

1988's Fisiognomica (Physiognomy) sold more than 300,000 copies and it confirmed Battiato's success. The album, considered by Battiato himself his best work for the balance between music and lyrics, contained the hit "Nomadi" ("Nomads"), originally recorded by Alice and written by his old friend Juri Camisasca, who in the meantime had retired to a Benedictin monastery. The album also included the songs "E ti vengo a cercare", which was performed by director/actor Nanni Moretti in his 1989 movie Palombella Rossa, and "Veni l'autunnu" with lyrics entirely in the Sicilian and Arabic languages. In 2013 he signed a publishing deal with Roberto Mancinelli and Sony/ATV Music Publishing.

He carried on making albums, mixing electronic and classical sounds. In the middle of the 90s he started a collaboration with the Sicilian philosopher Manglio Sgalambro, and most of the songs which were written in that period were really complicated, either in terms of the style or the text. However, the LP "L'imboscata", issued in 1996, contained "La Cura" ("The Cure"), one of the best songs he has ever written, based on its popularity. Afterwards, he explored rock with "Gommalacca" (1998), which contains heavier rock sounds in which electric guitars played a bigger role.

In 1994 Battiato began to collaborate with the Sicilian philosopher Manlio Sgalambro, who was to write almost all the lyrics of his following albums. After the tentative L'ombrello e la macchina da cucire of 1995, in 1996 the duo published what is considered their best work so far, L'imboscata, containing the romantic hit "La cura" ("The care"), elected best Italian song of the year. Gommalacca (1998, with an unusual stress on hard rock), Ferro battuto (2000) and Dieci stratagemmi (2004) continued on the same path, with variations mainly set by Battiato's unceasing desire for musical experimentation.

In 2003 Battiato released his first feature film, Perduto amor (Lost love), for which he also composed the soundtrack. The movie won the Silver Ribbon for the best debutant director. However, heavy criticism struck against his following movie, Musikanten, a rather experimental work about Beethoven's last four years of life. The German musician was played by the Chilean director Alejandro Jodorowsky. In November 2012 he accepted an offer from newly elected Sicilian regional president Rosario Crocetta to become the new Regional Minister for Tourism and Culture, announcing he will not take any compensation for the job, but was subsequently fired soon after his controversial claim that there were "troie in Parlamento" (whores within Parliament).

Ten years later, he issued "Fleuers 1, Fleuers 3, and Fleuers 2, one after the other, in that specific order. They contained well-made covers taken from the most important Italian singers. He continued with his music, balanced between pop and electronic, until 2010. He had been touring with Alice for the whole of 2016, but in 2017 he held his last concert in Catania. He would have continued his work, but he had to give up for heath reasons. At the end of 2019, his manager announced his definitive retirement from the scene. 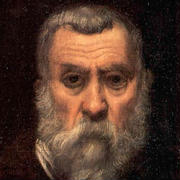 Italian painter of the Renaissance school

Patrician of the Late Roman Republic