Francisco Rodrigues dos Santos (born 29 September 1988) is a Portuguese conservative politician and a lawyer. He was elected President of the CDS – People's Party in the National Congress of the Party in Aveiro, with 46% of the votes. In 2018, he was elected one of the "30 more brilliant, innovative and influential youths of Europe in law and policy" by Forbes.

He never worked, preferring to study Law and become a professional politician. He started his political career at the People's Youth, becoming president of the same organization in 2015. After 5 years of leadership on the People's Youth, he decided to compete to the leadership of the CDS – People's Party after the worst results of the party's history. He now presents himself as the "youth conservative". He is also the youngest of the portuguese political leaders.

The contents of this page are sourced from Wikipedia article on 17 Apr 2020. The contents are available under the CC BY-SA 4.0 license.
comments so far.
Comments
From our partners
Sponsored
Reference sources
References
https://www.publico.pt/2018/01/22/politica/noticia/forbes-distingue-lider-da-jp-como-jovem-promissor-1800309
https://observador.pt/2019/12/17/francisco-rodrigues-dos-santos-candidata-se-a-lideranca-do-cds-para-que-se-volte-a-acreditar-no-partido/
https://expresso.pt/politica/2020-01-17-Francisco-Rodrigues-dos-Santos-o-jota-conservador 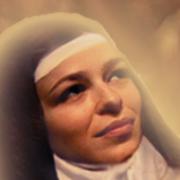