Born in Córdoba, Andalusia, González made his senior debuts in the 2008–09 season with UD Almería B, in Tercera División. In the following seasons he competed in Segunda División B, representing Lucena CF (two stints), Deportivo de La Coruña B and Real Zaragoza B. With the latter he also appeared with the first team on 23 January 2013, starting and being sent off in a 0–4 away loss against Sevilla FC for the season's Copa del Rey.

González signed with another reserve team in August 2013, Córdoba CF B. On 21 July 2014 he moved to Hércules CF, freshly relegated to the third level. González signed contract with the Polish team Bytovia Bytów in 21 February 2017.

On 9 July 2018, Hong Kong Premier League club Lee Man announced via Facebook that they had signed Gonzalez. On 9 August 2018, he was named as the captain of the club, following the departure of Chiu Chun Kit. On 27 April 2019, he scored the winning goal for Lee Man in the Sapling Cup Final against Yuen Long. Lee Man won by 3-2 after extra time capturing the first trophy in club history.

On 6 July 2019, he announced his contract rescission with Lee Man to join Mohun Bagan. He has been a fans' favourite so far in Mohun Bagan and given the name 'Boss' by the fans, which matches his personality. On 14 February 2020, he scored a hat-trick against NEROCA in the I League. 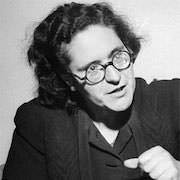