Francisco Javier de Elío (Pamplona, 1767 – Valencia, 1822), was a Spanish soldier, governor of Montevideo and the last Viceroy of the Río de la Plata. He was also instrumental in the Absolutist repression after the restoration of Ferdinand VII as King of Spain. For this, he was executed during the Trienio Liberal.

Francisco Javier de Elío was governor of Montevideo between 1807 and 1809, when he plotted with Martín de Álzaga against his superior Santiago de Liniers, Viceroy of the Río de la Plata. This failed because Liniers was supported by Cornelio Saavedra and criollo militias.

In May 1810, Liniers' successor Baltasar Hidalgo de Cisneros was deposed by the May Revolution. Elío remained in control of Montevideo and the Banda Oriental and declared himself Viceroy of Río de la Plata, which was confirmed by the Junta of Cádiz on January 19, 1811.

One month later the rural population of the Banda Oriental under José Gervasio Artigas also rebelled against Spain, and in May the troops of Elío were beaten in the Battle of Las Piedras. Only left in control of Colonia del Sacramento and Montevideo, Elío returned to Spain on November 18, 1811, and resigned as Viceroy in January 1812.

When King Ferdinand VII of Spain returned in 1814 from exile in France, he was requested by the Cortes to respect the liberal Spanish Constitution of 1812, which seriously limited the royal powers. Ferdinand refused and went to Valencia instead of Madrid. Here, on April 17, general Elío invited the King to reclaim his absolute rights and put his troops at the King's disposition.

A fervent follower of the absolutist cause, Elío played an important role in the repression of the supporters of the Constitution of 1812. For this, he was arrested during the Trienio Liberal and executed. 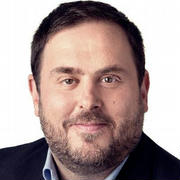 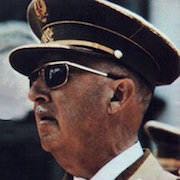