Francisco Guerrero Pérez (1840–1910), also known as Antonio Prida, was the first serial killer to be captured in Mexico. Guerrero killed approximately twenty female prostitutes in Mexico City between 1880 and 1888. He also killed one woman whose status as a prostitute has been inconsistently reported.
Guerrero and Jack the Ripper were contemporaries and their modus operandi were similar—some authors compare the two men. He was also known as "El Chalequero", "The Mexican Bluebeard", "The Consulado River Strangler", "The Consulado River Ripper", or the "The Mexican Ripper". He was an organized, sedentary, and missionary killer who was motivated by hatred.

Guerrero was born in 1840 in the Bajío region of Mexico to an impoverished family. He was an eleventh child whose childhood was marked by poverty, maternal abuse and paternal absence. In 1862, the twenty-two-year-old migrated to Mexico City, where he worked for a shoemaker.

Guerrero never masked his misogyny, nor his crimes, but was married and had four children. He also had extramarital children and numerous relationships with female prostitutes. He may have been a procurer.

He lived in the Peralvillo neighborhood where he was open about his crimes—Guerrero was proud of his lifestyle as well as his murders. However, Guerrero's peers in Peralvillo were too afraid of him to act in response to the killing. Paradoxically, he was said to be a Catholic and a devotee of the Lady of Guadalupe, a faith that Guerrero proclaimed proudly to others.

Guerrero dressed extravagantly but elegantly, with cashmere pants, a charro vest and a charro jacket. He was described by an anonymous source as a "...handsome, elegant, flirtatious and quarrelsome man".

There are two theories on the origin of the nickname "Chalequero". One says that it was simply because he always used vests, and the other postulates it was because the name "Chalequero" alludes to the Spanish expression "... a puro chaleco". This expression means that he made a sexual victim of any woman that he felt attracted to, whether they liked him or not. Guerrero was psychopathic; he did not feel empathy or guilt and he had a parasitic lifestyle. He saw other persons as objects, had inflated self-esteem, suffered sudden anger attacks, was manipulative and promiscuous. However, he was charismatic. In the prison, he was described by the other prisoners as: "a silent and quiet person, he cares about his appearance". On one occasion, he wrote a letter to the prison director asking permission for his family to bring him a new pair of pants so that he could, in his words, "dress according to his education". He was never diagnosed, but his behavior and personality are characteristic of a personality disorder.

He saw the female gender as nothing more than a disposable conduit to sexual gratification. His crimes involved hate, showed extreme cruelty and were marked by perversions such as sexual mutilation. He violated his victims to show the superiority and power that, according to him, he held over the women. Almost all of his victims were prostitutes, but he didn't kill them because of their work; he killed them because they were vulnerable. According to him, "...women had a duty to be faithful to their men, and female adultery should be punished with the death penalty."

His personality disorder and misogyny are said to be related to his mother's rejection in childhood. It degenerated into an unresolved Oedipus complex. He projected feelings toward his mother onto his victims.

Based on Cesare Lombroso's theories, the police did a criminal profile of the killer. They rated him as a born criminal: the suspect was a man, illiterate, of low social status and subnormal intelligence; physically, he was a half-caste or American native, his facial features were very manly and almost simian and in his appearance he had notorious decadence features.

Carlos Roumagnac, one by the first Mexican criminologists, concluded that Consulado River`s Ripper was a born criminal:

"...there isn't sufficient information by to suppose than (...) the Chalequero committed his crimes motivated by an irresistible sexual compulsion (..) he didn't commit it by a sexual impulse (...) he committed it by conscious and violent impulse (...) he's a violent degenerate."

Roumagnac didn't believe that he was motivated by sexual compulsion. And though he described him as a "born criminal", he believed that Guerrero was an organized killer. 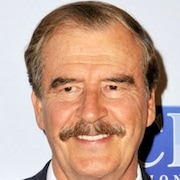 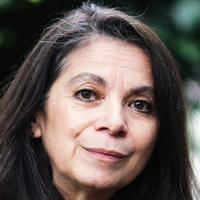 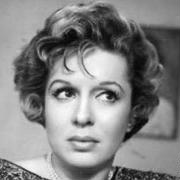