Francis Ng Tolentino is a Filipino lawyer and politician serving as a Senator since 2019. He served as Chairman of the Metropolitan Manila Development Authority (MMDA) from 2010 to 2015 and was the Mayor of Tagaytay from 1995 to 2004.

Francis Tolentino was born and raised in Guinobatan, Albay, Philippines, to parents Isaac and Elena Tolentino. Isaac, who died on July 2016, was a former Mayor of Tagaytay. He grew up and studied elementary school in Tagaytay, Cavite and for some time in Pasay and Mandaluyong. He pursued his secondary education in Lourdes School of Mandaluyong. He also attended the Far East Military Academy for a year.

He later earned a Master of Laws degree from the University of London, choosing to specialize in Public International Law.

He also earned a Master of National Security Administration (MNSA) degree from the National Defense College of the Philippines and a Graduate Diploma in Public Administration from the Robert F. Wagner Graduate School of Public Service of New York University.

Tolentino was first appointed to the post of OIC Mayor of Tagaytay from 1986 to 1987 by former President Corazon Aquino. He ran unopposed in the 1995 general election for Mayor of Tagaytay and served for nine years from 1995 to 2004.

Under his administration, he created the Tagaytay Office of Public Safety, which later became the basis of policies he put into force as chair of the MMDA. He also initialized the Character First programs which encourages governments, government leaders, civic organizations and religious organizations to band together to establish a "city" or "community" of character with character traits of a Filipino every month.

On July 27, 2010, Tolentino was appointed by President Benigno Aquino III as the ninth chairman of the Metropolitan Manila Development Authority (MMDA). He is the first and only non-resident of Metro Manila to be appointed to the post.

On September 19, 2013, Tolentino signed the Metro Manila Outdoor Media Magna Carta along with various advertising groups, setting the terms for regulating outdoor advertisements in Metro Manila. Among the terms in the 15-page agreement were a 216-square meter limitation on all outdoor signs and structures, with 30 percent of the space of ground level ads allotted "for landscape works or vertical gardens". Prior to the signing of the document, no limit had been placed on the size of advertisements, such that a number of billboards as big as 1,000 square meters had been allowed. The document provided a nine-month grace period for advertisers to be able to comply.

To address the traffic situation in Metro Manila and to offer transportation alternative to the public, Tolentino relaunched the Pasig River Ferry System last April 2014, in coordination with the Pasig River Rehabilitation Commission and the Department of Transportation and Communications.

As chair of the MMDA, Tolentino was also designated by Metro Manila Commission Executive Order No. 86-09 as chair of the annual Metro Manila Film Festival, in which capacity Tolentino introduced a number of changes, including the introduction of new contest categories and the removal of box office receipts from the criteria for the selection of best picture starting from the 2010 edition.

Tolentino was originally included as a senate candidate in the LP-endorsed Daang Matuwid Koalisyon. However, in October 2015 a video surfaced of local LP politicians dry humping hired dancers at the birthday party of then-congressman Benjamin Agrao in Laguna. The opposition quickly spread the video, attacking the LP's values. Tolentino admitted that he bought the dancers as a "gift" to Agrao. He apologized and asked to be removed from the administration senate slate. He subsequently ran as an independent and placed 13th. Instead of respecting the outcome of the elections, he claimed that the candidate who placed 12th, Leila De Lima, illegally sabotaged his candidacy.

Tolentino is running in the 2019 Philippine Senate election and is endorsed by President Rodrigo Duterte.

The contents of this page are sourced from Wikipedia article on 17 Feb 2020. The contents are available under the CC BY-SA 4.0 license.
View Francis Tolentino 's image gallery
Image Gallery 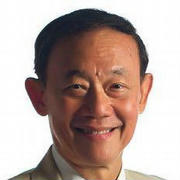