Born Francis Scott, he was the son of Sir William Scott, 2nd Baronet of Thirlestane, and Elizabeth Napier, Mistress of Napier. Upon the death of his maternal grandmother Margaret Brisbane, 5th Lady Napier, he achieved the title Lord Napier and changed his last name to Napier; upon the death of his father in 1725, he achieved the title Baronet Scott, of Thirlestane in the County of Selkirk. The titles have been united ever since.

In 1750, he married Henrietta Maria Johnston, the daughter of George Johnston of Dublin, and had:

Upon his death in 1773, his titles passed to his eldest son William. 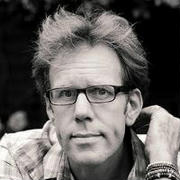