Born in Champaign County, Ohio, Black attended a county school and attended Farmer's College. Soon after gaining admission to the bar in 1864, he moved to Kansas City, Missouri, and entered into the practice of law.

He quickly developed a large law practice, and "figured prominently and creditably in a number of instances of exceedingly important litigation". His first public office was as a member of the Constitutional Convention of 1875. In 1881, he was elected circuit judge, and was elevated to the state supreme court in 1885. As a justice, his opinions were described as "concise, expressed in terse and vigorous phrases, and manifest a decided inclination to follow adjudged cases". In one case, the court considered one of Black's own previous opinions from his tenure as a circuit judge. When it came before the Supreme Court, all the judges voted to affirm except Black, who filed a brief opinion dissenting from the opinion affirming his previous decision. After his time on the court, he returned to private practice.

Black died at his home in Kansas City at a time when he was planning to step away from his excessive workload.

The contents of this page are sourced from Wikipedia article on 23 Apr 2020. The contents are available under the CC BY-SA 4.0 license.
comments so far.
Comments
Trending today
All Film/TV Music Politics Sports Business Science Academia 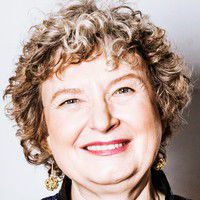