Francis Lieber (March 18, 1798 or 1800 – October 2, 1872), known as Franz Lieber in Germany, was a German-American jurist, gymnast and political philosopher. He edited an Encyclopaedia Americana. He was the author of the Lieber Code during the American Civil War, also known as Code for the Government of Armies in the Field (1863). The Lieber Code is considered the first document to comprehensively outline rules regulating the conduct of war, and laid the foundation for the Geneva Conventions.

Franz Lieber was born in Berlin, the capital of the Kingdom of Prussia. While still in Germany, Lieber joined the Colberg Regiment of the Prussian Army in 1815 during the Napoleonic Wars, and was wounded during the Battle of Waterloo. The year of his birth has been debated because he lied about his age in order to enlist.

Lieber did not receive a normal gentleman's education. Returning to Berlin after the Napoleonic wars (post 1815), he studied hard and passed the entrance exams for the University of Berlin. However, he was denied admission because of his membership in the Berliner Burschenschaft, which opposed the Prussian monarchy. Moving to Jena, Lieber entered the University of Jena in 1820 and within four months finished writing a dissertation in the field of mathematics. As the Prussian authorities caught up with him, Lieber left Jena for Dresden to study topography with Major Decker (briefly). As soon as the Greek Revolution of 1821 broke out, Lieber volunteered his services.

Lieber fought briefly in the Greek War of Independence, and then spent one year, 1822–1823, in Rome tutoring the son of the Prussian ambassador, historian Barthold Georg Niebuhr. While there, Lieber wrote about his experiences in Greece. The result was published in Leipzig in 1823 and also in Amsterdam under the title The German Anacharsis. Lieber returned to Germany on a royal pardon, but was soon imprisoned once again, this time at Köpenick. There he wrote a collection of poems entitled Wein- und Wonne-Lieder (Songs of wine and bliss), which on his release, with Niebuhr's help, were published in Berlin in 1824 under the pen name of "Franz Arnold." Lieber fled to England in 1825, and supported himself for a year in London by giving lessons and contributing to German periodicals. He also wrote a tract on the Lancasterian system of instruction, and met his future wife, Mathilda Oppenheimer. Lieber left England upon receiving an offer to manage a gymnasium and swimming program in Boston.

Lieber moved to Boston in 1827. He came with recommendations from Jahn, as well as from General Pfuel who ran a swimming program in Berlin. Lieber was also acquainted with the outgoing gymnasium administrator, Charles Follen, both believing thoroughly in the importance of training the body along with the mind. Follen had established the pioneer gymnasium in 1826. Lieber's Boston swimming school of 1827, a new departure in the educational field in the United States, became such a feature that John Quincy Adams, then President of the United States, went to see it. The gymnasium had a difficult time once the novelty had worn off and in the face of caricatures in the newspapers. It closed its doors after two years.

In Boston, Lieber edited an Encyclopaedia Americana, after conceiving of the idea of translating the Brockhaus encyclopedia into English. It was published in Philadelphia in 13 volumes, between the years 1829 and 1833. At this time, he also made translations of a French work on the revolution of July, 1830, and of Feuerbach's life of Kaspar Hauser. He was also a confident to Alexis de Tocqueville on the customs of the American people.

In 1832, he received a commission from the trustees of the newly founded Girard College to form a plan of education. This was published at Philadelphia in 1834. He resided in Philadelphia from 1833 until 1835.

Then he became a professor of history and political economics at South Carolina College (now the University of South Carolina), where he remained until 1856. During his 20 years at the College, he produced some of his most important works. Such writers and jurists as Mittermaier, Johann Kaspar Bluntschli, Édouard René de Laboulaye, Joseph Story and James Kent, recognized in him a kindred mind. The spirit of Lieber's work is indicated in his favorite motto, Nullum jus sine officio, nullum officium sine jure ("No right without its duties, no duty without its rights").

Lieber sided with the North during the American Civil War, even though he had been a resident of South Carolina. As early as 1851, he delivered an address in South Carolina warning the southern states against secession. One of his sons, geologist Oscar Montgomery Lieber (see below), joined the Confederate army and died at the Battle of Eltham's Landing. During the conflict, Francis Lieber was one of the founders and served as the head of the Loyal Publication Society of New York, compiling news articles for dissemination among Union troops and Northern newspapers. More than one hundred pamphlets were issued by it under his supervision, of which ten were by himself. He also assisted the Union War Department and President Abraham Lincoln in drafting legal guidelines for the Union army, the most famous being General Orders Number 100, or the "Lieber Code" as it is commonly known. The Lieber Code would be adopted by other military organizations and go on to form the basis of the first laws of war. Lieber's contributions and legacy are detailed in the 2012 non-fiction account entitled, ironically, Lincoln's Code.

An abridged version of the Lieber Code was published in 1899 in The War of the Rebellion: A Compilation of the Official Records of the Union and Confederate Armies in 1899.

After the Civil War, Lieber was given the task of accumulating and preserving the records of the former government of the Confederate States of America. While working in this capacity, Lieber was one of the last known people to possess the infamous Dahlgren Affair papers. Shortly after obtaining them, Lieber was ordered to give them to Secretary of War Edwin M. Stanton, who likely disposed of them, as they have not been seen since.

His son Oscar Montgomery Lieber was a geologist. During the Civil War, he was killed in action as a member of the Confederate army.

A second son, Hamilton Lieber (7 June 1835, Philadelphia, Pennsylvania - 18 October 1876, Baden-Baden, Germany), entered the volunteer army at the beginning of the civil war as 1st lieutenant, 9th Illinois Regiment, and was badly wounded at Fort Donelson. Afterward he was appointed a captain in the veteran reserve corps, and served during the draft riots in New York City in 1863. In 1866 he was made a captain and military storekeeper in the regular army, and was retired on account of disabilities contracted in the line of duty.

A third son, Guido Norman Lieber, was a United States Army lawyer and jurist. During the Civil War, he served in the Union army and later became a career officer.

In 2015, the United States Department of Defense published its Law of War Manual. Francis Lieber is cited after Hugo Grotius and Emer de Vattel and before Hersch Lauterpacht as a subsidiary means and an authority in determining the rules of law of war.

Numerous addresses on anniversary and other occasions. 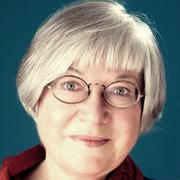