The only son and heir of Ferdinand II of the Two Sicilies by his first wife, Maria Christina of Savoy, Francis II was the last of the Bourbon kings of Naples, where he was born in 1836. His education had been much neglected and he proved a man of weak character, greatly influenced by his stepmother Archduchess Maria Theresa of Austria, whom he feared, and also by the priests, and by the camarilla, or reactionary court set.

On 3 February 1859 in Bari, Francis married princess Duchess Maria Sophia in Bavaria, of the royal Bavarian house of Wittelsbach (a younger sister of Empress Elisabeth "Sissi" of Austria). Their only daughter, Maria Cristina, lived only three months (24 December 1869 – 28 March 1870).

Francis II ascended the throne on the death of his father (22 May 1859). For the post of prime minister he at once appointed Carlo Filangieri, who, realizing the importance of the Franco-Piedmontese victories in Lombardy, advised Francis II to accept the alliance with the Kingdom of Sardinia proposed by Cavour. On 7 June a part of the Swiss Guard mutinied, and while the king mollified them by promising to redress their grievances, General Alessandro Nunziante gathered his troops, who surrounded the mutineers and shot them down. The incident resulted in the disbanding of the whole Swiss Guard, at the time the strongest bulwark of the Bourbon dynasty. Cavour again proposed an alliance to divide the Papal States between Piedmont and Naples (the province of Rome excepted) but Francis rejected an idea which to him seemed like heresy. Filangieri strongly advocated a Constitution as the only measure which might save the dynasty, but on the king’s refusal he resigned. Meanwhile, the revolutionary parties were conspiring for the overthrow of the Bourbons in Calabria and Sicily, and Giuseppe Garibaldi was preparing for a raid in the south of Italy. A conspiracy in Sicily was discovered and the plotters punished with brutal severity, but Rosalino Pilo and Francesco Crispi, who had organized the movement, escaped execution. When Garibaldi landed at Marsala (May 1860) with his Expedition of the Thousand, he conquered the island with astonishing ease.

These events at last coaxed Francis II into granting a constitution, but its promulgation was followed by disorders in Naples and the resignation of several ministers; Liborio Romano became head of the government. The disintegration of the army and navy proceeded apace, and Cavour sent a Piedmontese squadron carrying troops on board to watch over these events. Garibaldi, who had crossed the strait of Messina, was advancing northwards and was everywhere received by the people as a liberator. After long hesitations and even an appeal to Garibaldi himself, and on the advice of Romano, Francis II left Naples on 6 September with his wife Maria Sophia, the court and the diplomatic corps (except the French and English ministers), and went by sea to Gaeta, where a large part of the army was concentrated.

The next day Garibaldi entered Naples, was enthusiastically welcomed, and formed a provisional government.

King Victor Emmanuel II had decided on the invasion of the Papal States, and after occupying Umbria and the Marche entered the Neapolitan kingdom. Garibaldi’s troops defeated the Neapolitan royalists at the Battle of Volturno (which took place on 1 October 1860), while the Piedmontese captured Capua.

By late 1860, only Gaeta, Messina, and Civitella del Tronto still held out. The Siege of Gaeta by the Piedmontese began on 6 November 1860. Both Francis II and his wife behaved with great coolness and courage. Even when the French fleet, whose presence had hitherto prevented an attack by sea, was withdrawn, they still resisted. It was not until 13 February 1861 that the fortress capitulated.

Thus the Kingdom of the Two Sicilies ceased to exist and its territory was incorporated into that of the Kingdom of Sardinia (soon renamed the Kingdom of Italy), and Francis II was deposed. Francis and Maria Sophia first lived in Rome as guests of the Pope, where they maintained a government in exile recognized by some Catholic powers including France, Spain, Austria and Bavaria. After the Prussian victory against Austria in 1866 and subsequent expansion of Italian territory, they disbanded this government and left Rome before it was occupied by the Italians in 1870. They led a wandering life from then on, living in Austria, France, and Bavaria. In 1894, Francis died at Arco in Trentino (now north-eastern Italy, at the time Austria-Hungary). His widow survived him by 31 years and died in Munich. Upon the death of Francis II, his half-brother, Prince Alfonso, became the pretender to the throne of the Kingdom of the Two Sicilies. 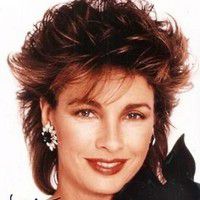