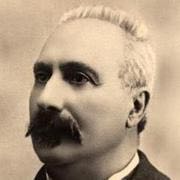 After graduating with a degree in jurisprudence at Naples in 1857 and studying Aristotle and Kant at Berlin under Friedrich Adolf Trendelenburg, he became a teacher of the history of philosophy, first at the University of Palermo and then, from 1871 at the University of Bologna, where he remained until 1911.

Bound to Rosminian spiritualism, he engaged in invective with the Hegelians and the positivists, in a long dispute with his predecessor in the Bolognese chair, Francesco Fiorentino.

Politically a clerical, he was elected as a city councilor in Bologna in 1895, he campaigned against divorce and for the introduction of the catechism in schools, and was also a strenuous defender of the participation of Catholics in public life.

Among his major scholarly writings, the translation and commentary on the Dialogues of Plato (various partial editions, collected in three volumes between 1913 and 1915).

His tomb is in the Certosa di Bologna. On the stone dedicated to him, the following memorial is written:

Francesco Acri, University Professor in the History of Philosophy from 1871, noble in heart and lofty in genius, father to his sons and nephews, father to his pupils, investigator of truth, follower of goodness, friend of beauty, philosopher and artist, Italian in spirit and tongue, devoted to Plato, Thomas, Dante, One of the faith, to which he seemed to easily combine science, in which he rested erudition and affection

The contents of this page are sourced from Wikipedia article on 09 Mar 2020. The contents are available under the CC BY-SA 4.0 license.
View Francesco Acri 's image gallery
Image Gallery 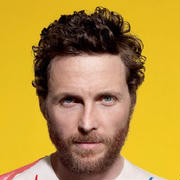 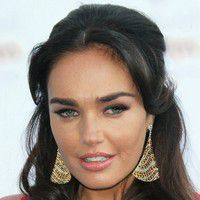