Francesca Neri (born 10 February 1964) is an Italian actress, and daughter of retired actress Rosalba Neri.
Neri was born in Trento, and has twice received the Silver Ribbon Award for Best Actress from the Italian National Syndicate of Film Journalists, for Pensavo fosse amore invece era un calesse, directed by Massimo Troisi (1991) and Carne trémula (Live Flesh) (1997).
She has also received three nominations for the David di Donatello Award (Italy's equivalent of the Oscar), as Best Actress in Il dolce rumore della vita and Io amo Andrea (both 1999) and as Best Supporting Actress for La felicità non costa niente (2003).
Other notable films include her three films in Spain: Live Flesh (1997, by Pedro Almodóvar), ¡Dispara! (Outrage, 1993, by Carlos Saura), both with her own voice speaking Spanish, and sex drama film Las edades de Lulú (The Ages of Lulu, 1990, by Bigas Luna, where she's dubbed into Spanish).
After years of highly acclaimed work in Europe, she first received widespread notice in America when she played the role of Allegra, wife of the Inspector Rinaldo Pazzi in the Hollywood blockbuster, Hannibal in 2001. In 2002, she played the Colombian wife of Claudio Perrini, and co-starred alongside Arnold Schwarzenegger in Collateral Damage.
Neri has one son, Rocco (born 1999), with actor Claudio Amendola. 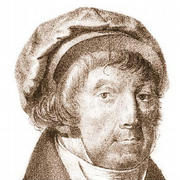