France Winddance Twine (born 1960) is a sociologist, documentary filmmaker, a visual artist and an enrolled citizen of the Muskogee Creek Nation of Oklahoma. A native of Chicago, she is the granddaughter of Paul Twine, Sr., a Civil Rights activist and founding member of the Catholic Interracial Council of Chicago, a Civil Rights organization that brought Irish, Italian, German, Polish and Black Catholics together to fight for racial justice. Dr. Twine is a Professor of Sociology at the University of California at Santa Barbara where she regularly teaches courses on race, gender and class inequality, sociology of the body, sociology of work, girlhood, assisted reproductive technologies and qualitative research methods.

Twine earned her Ph.D. at the University of California, Berkeley. She was a research fellow in the class of 2008–2009 at the Center for Advanced Study in the Behavioral Sciences at Stanford University. In 2007 she was a Distinguished Visiting Professor in the Sociology Department at the London School of Economics. She has taught and held tenured professorships at Duke University and the University of Washington in Seattle. Twine is an enrolled member of the Muscogee (Creek) Nation of Oklahoma. She is the former deputy editor of American Sociological Review, the flagship journal of the American Sociological Association. Twine currently serves as a member of the International editorial boards of Sociology, the official journal of the British Sociological Association, and the journals Social Problems and Identities: Global Studies in Culture and Power. She has also served on the editorial board of Ethnic and Racial Studies, the highest impact peer-reviewed journal devoted to the study of racial and ethnic inequalities in the discipline of Sociology.

Twine's research examines the intersections of racial, gender and class inequalities. Her recent publications include Outsourcing the Womb: Race, Class and Gestational Surrogacy in a Global Market (2015), Geographies of Privilege (2013) and Girls With Guns: Firearms, Feminism and Militarism (2012). She is the editor for the Routledge series, Framing 21st Century Social Issues.

Dr. Twine is an ethnographer and feminist race theorist who has 84 publications including 10 books. She has conducted field research in Brazil, Britain and the United States. Her research has been supported by the Rockefeller Foundation and the Andrew Mellon Foundation. Her recent books include Outsourcing the Womb (Routledge, 2015), Geographies of Privilege Edited by France Winddance Twine, Bradley Gardener (Routledge, 2013), Girls with Guns: Firearms, Feminism and Militarism (Routledge, 2012), A White Side of Black Britain: Interracial Intimacy and Racial Literacy (Duke University Press, 2010) and Racism in a Racial Democracy: the maintenance of white supremacy in Brazil (Rutgers University Press, 1997) and an editor of five volumes including Retheorizing Race and Whiteness in the 21st Century: Changes and Challenges (Routledge, 2011) and Feminism and Anti-Racism: international struggles for justice (New York University Press, 2000).

Her articles, film reviews and book reviews have appeared in English and Brazilian Portuguese in international journals: the Du Bois Review: Social Science Research on Race, Ethnic and Racial Studies, Estudos Afroasiaticos, Feminist Studies, Meridians: feminism, race, and transnationalism, Signs: Journal of Women in Culture and Society, Social Identities, Race and Class, and Gender and Society. Twine's current research focuses on inequality in Silicon Valley and transnational gestational surrogacy. One of her most important theoretical contributions is the concept of racial literacy which was first published in a 2004 journal article and developed in her book A White Side of Black Britain.

Twine was a scholar in residence at the Beatrice Bain Research Group (2014-2015).

The contents of this page are sourced from Wikipedia article on 22 May 2020. The contents are available under the CC BY-SA 4.0 license.
View France Winddance Twine 's image gallery
Image Gallery 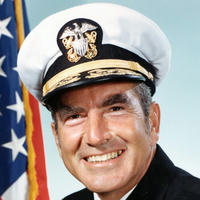 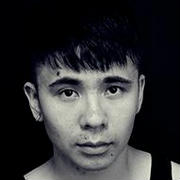