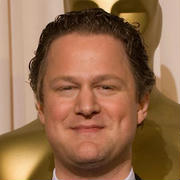 Graf Henckel von Donnersmarck was born in 1973 in Cologne, West Germany, into the aristocratic Roman Catholic Henckel von Donnersmarck family. He grew up in New York City, Brussels, Frankfurt, and West Berlin and is fluent in English, German, French, Russian, and Italian. After graduating at the top of his class from the German section of the European School of Brussels I, he studied Russian literature in St. Petersburg for two years and passed the State Exam for Teachers of Russian as a Foreign Language. He holds a Master of Arts degree in Philosophy, politics and economics at New College, Oxford, and a diploma in Film Directing from the University of Television and Film Munich.

The younger son of Leo-Ferdinand Graf (Count) Henckel von Donnersmarck, a former president of the German division of the Order of Malta, and literary scout Anna Maria von Berg, Henckel von Donnersmarck holds German and Austrian citizenships. His father's only brother, Gregor Henckel-Donnersmarck, is the emeritus abbot at Heiligenkreuz Abbey, a Cistercian monastery in the Vienna Woods where Florian spent a month writing the first draft of The Lives of Others (German: Das Leben der Anderen).

Graf Henckel von Donnersmarck is married to Christiane Asschenfeldt, the first International Executive Director of Creative Commons. They have three children and currently live in Los Angeles. He stands 2.05 m (6 ft 9 in) tall.

In 1977, while living as a child in New York, he saw his first movie at the Museum of Modern Art. He expected to see Doctor Dolittle but was "exposed instead to" the German melodrama Varieté. He cites this experience as the start of his interest in film.

In 1996, he won a directing apprenticeship with Richard Attenborough on In Love and War, and then went to study at the Fiction Directing Class of the Hochschule für Fernsehen und Film München (University of Television and Film Munich), Germany, alma mater of directors as diverse as Wim Wenders, Roland Emmerich and Maren Ade, who was Donnersmarck's classmate. His first short film, Dobermann (which he wrote, produced, directed and edited), broke the school record for the number of awards won by a student production. It became an international festival sensation, and Donnersmarck traveled the festival circuit for over a year.

His first feature film Das Leben der Anderen (The Lives of Others), which Donnersmarck spent three years writing, directing and completing, won the European Film Award for Best Film, Best Actor and Best Screenplay in 2006. Donnersmarck won the Los Angeles Film Critics Association's award for Best Foreign Film, was nominated for the Golden Globe (which went to Clint Eastwood instead), and on 25 February 2007 won the Academy Award for Best International Feature Film. In 2007, Donnersmarck was one of 115 new members to be invited to join AMPAS.

His next film, The Tourist, was released in 2010. Donnersmarck re-wrote, directed and completed his sophomore work in under eleven months, telling Charlie Rose he had wanted a break from writing a dark screenplay about suicide). The Tourist was a thriller starring Angelina Jolie and Johnny Depp, and was nominated for three Golden Globes: Best Musical or Comedy, Depp for Actor Musical or Comedy and Jolie for Actress Musical or Comedy. It also won three Teen Choice Awards nominations (Best Picture, Best Actor, Best Actress) of which it won two. The film opened to middling number, but eventually ended up grossing US$278.3 million at the worldwide box office, prompting The Hollywood Reporter belatedly to proclaim it an "international hit".

In 2019, his third feature film Never Look Away was nominated for the Golden Lion at the 75th Venice International Film Festival, for a Golden Globe by the Hollywood Foreign Press Association and for two Oscars in the Best International Feature Film and Best Cinematography categories at the 91st Academy Awards. This was only the second time in history that a German language film by a German director was nominated for an Oscar in multiple categories, the other film being Wolfgang Petersen's Das Boot 36 years prior. It became one of only sixteen German language features since the end of World War II to surpass one million euros at the North American box office. He is the only director who has two films in that list. In the Netherlands, one of the first countries to release the movies outside of Germany, Never Look Away became the most successful German language film since The Lives of Others.

In a 2010 interview with The Guardian, director Howard Davies named Donnersmarck as the artist he most admired.

René Pollesch wrote a play, L'Affaire Martin!, which poked fun at von Donnersmarck. According to Pollesch, the director's parents attended a performance and came backstage to say they liked it.

After meeting him at the Davos World Economic Forum, Jay Nordlinger, writing for the National Review, described Donnersmarck as "one of the most impressive people on the planet".

In 2011, Donnersmarck was honoured by the University of Oxford, his alma mater, as one of its 100 most distinguished members from 10 centuries. The university named 100 streets in Oxford's historical centre after these graduates, with Upper Oxpens Road renamed for Donnersmarck.

The contents of this page are sourced from Wikipedia article on 08 Mar 2020. The contents are available under the CC BY-SA 4.0 license.
View Florian Henckel von Donnersmarck 's image gallery
Image Gallery