He started his career at his home-town club SVU Murau. In 2010, he joined the football academy of Kapfenberger SV. He made his debut in Austria's 2nd highest league in 2015. Flecker scored his first professional goal against FC Liefering on 4 March 2016.

In 2018 he joined TSV Hartberg, where he signed a one-year contract. He scored his first goal for Hartberg on 11 August 2018 again against SV Mattersburg.

In May 2019, he was transferred to Union Berlin, shortly after the club was promoted to the Bundesliga.

The contents of this page are sourced from Wikipedia article on 16 Jul 2020. The contents are available under the CC BY-SA 4.0 license.
comments so far.
Comments
From our partners
Sponsored
Reference sources
References
https://www.worldfootball.net/player_summary/florian-flecker/
https://www.fc-union-berlin.de/de/union-live/news/profis/Florian-Flecker-verstaerkt-Union-19935n/
https://int.soccerway.com/players/florian-flecker/406188/ 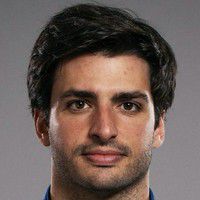