Florian Bertmer is a German illustrator from the hardcore punk, grindcore and metal scene. He has done artwork for bands like Converge, Napalm Death, The Hope Conspiracy, The Dillinger Escape Plan, Agoraphobic Nosebleed, Pig Destroyer, Doomriders, Kirk Hammett, Lucasfilm, Alamo Drafthouse and others. His early works were reminiscent of Pushead while his later works have become more influenced by Art Nouveau and Occultism . He fronted the band Cheerleaders Of The Apocalypse. He has also created several official movie posters in collaboration with Alamo Drafthouse Cinema and has designed deck art for skateboard companies such as Creature Skateboards or Substance Abuse.

Artwork for Converge includes illustrations for the inside cover for The Poacher Diaries and back cover artwork and insert poster for Deeper the Wound. Since their 1998 "Rise from Ruin" European tour he has done several t-shirt designs as well and a sought after poster for their 2007 tour.

All Pigs Must Die

He has worked on numerous limited edition movie posters for Alamo Drafthouse for such iconic films as The Holy Mountain, Hellboy, the Evil Dead, Night of the Living Dead, Santa Sangre, the Swamp Thing, Hellraiser and Cowboys and Aliens. 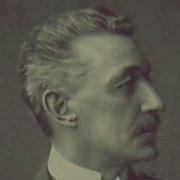