Florence Ekpo-Umoh (born 27 December 1977 in Lagos) is a Nigerian-German sprinter, who specializes in the 400 m. She was suspended from competing for two years for doping.

Ekpo-Umoh last competed for her birth country Nigeria at the 1994 World Junior Championships. She defected to Germany in 1995 during a training camp there, married her German trainer in 1998 and received German citizenship in 2000. Since 1998, she represented the sports club USC Mainz.

In 2003, Ekpo-Umoh was found guilty of stanozolol doping. The sample was delivered on 24 January 2003 in an out-of-competition test in South Africa. She was suspended from the sport until March 2005.

The contents of this page are sourced from Wikipedia article on 08 Mar 2020. The contents are available under the CC BY-SA 4.0 license.
comments so far.
Comments
From our partners
Sponsored
Reference sources
References
http://news.bbc.co.uk/sport1/hi/athletics/3145935.stm
https://www.worldathletics.org/athletes/biographies/athcode=136810
https://web.archive.org/web/20090217050058/http://results.beijing2008.cn/WRM/ENG/BIO/Athlete/7/246337.shtml
https://www.iaaf.org/athletes/_/136810
Trending today in 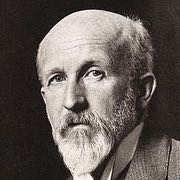