Derek William Dick, better known as Fish (born 25 April 1958), is a Scottish singer-songwriter and occasional actor. He achieved prominence as the lead singer and lyricist of the neo-progressive rock band Marillion from 1981 until 1988. In his solo career he has explored contemporary pop and traditional folk.
Music critics have acknowledged Fish for his voice, which has been described as both "distinct" and a "conflation of Roger Daltrey and Peter Gabriel", while his lyrics have been praised as "poetic prose". Fish was voted number 37 in the greatest voices in rock by Planet Rock listeners in 2009.

Derek William Dick was born in 1958 in Edinburgh, Scotland and grew up in Dalkeith. The son of Robert and Isabella, Fish was educated at King's Park primary school and then Dalkeith High School. He was inspired by the music of many of the rock artists of the late 1960s and early 1970s, including Genesis, Pink Floyd, The Moody Blues, The Kinks, T. Rex, David Bowie, Argent and The Alex Harvey Band (Fish would later pay tribute to these early influences on his covers album Songs from the Mirror). Fish has also cited Canadian singer-songwriter Joni Mitchell as "one of the biggest influences on me because of her approach to lyrics". The first band he saw live was Yes at Usher Hall, Edinburgh, in 1974. As well as his love for music, he was also a voracious reader, and his literary inspirations included Jack Kerouac, Truman Capote, Robert Burns and Dylan Thomas (all of whom would later be depicted on the sleeve of Marillion's Clutching at Straws).

Fish worked as a petrol pump attendant, gardener and from 1977 until 1980 worked in forestry. During this period he adopted the nickname of Fish, which originated from the amount of time he spent in the bathtub. Fish has been quoted: "With a real name of Derek William Dick, it became very necessary to find a nickname as quickly as possible."

Fish joined Marillion in 1981 and came to the public's attention as the band gained popularity over the next couple of years, leading to the release of their top ten debut album Script for a Jester's Tear in 1983. The band achieved further chart success in the UK, attaining top ten hit singles in 1985 with "Kayleigh" and "Lavender", and again in 1987 with "Incommunicado". In 1988, Fish left Marillion to pursue his solo career.

Many of Fish's later works contain lengthy spoken word lyrics, shorter examples of which can be heard on earlier Marillion albums. Fish has collaborated with Genesis founder Tony Banks in his Still and Soundtracks albums, singing on tracks: Shortcut to Somewhere, Angel Face, and co-wrote Another Murder of a Day.

On 26 August 2007, Fish performed at the 'Hobble on The Cobbles' show at the Market Square in Aylesbury, UK. He was accompanied on stage by his four former Marillion bandmates from the classic line-up (Mark Kelly, Steve Rothery, Ian Mosley and Pete Trewavas) for one song: 'Market Square Heroes'. This was the first time they had performed together in nearly two decades. In a press interview following the event, Fish denied this would lead to a full reunion, claiming that "Hogarth does a great job with the band ... We forged different paths over the 19 years."

His 2007 album, 13th Star, was released on 12 September as a specially-packaged pre-release version available to order from his website. A UK tour for this album commenced in March 2008, supported by Glyder. In February 2008, Fish was confirmed to be the Friday night headline act at NEARFest X. He also appeared with BBC Radio 2's Bob Harris on GMTV to promote Childline Rocks, a charity concert.

In 2008, Fish presented a Friday evening radio show "Fish on Friday" for digital radio station Planet Rock. When the station was faced with closure, Malcolm Bluemel with the help of Fish, Tony Iommi, Ian Anderson and Gary Moore helped save Planet Rock by buying the station.

On 9 June 2008, Fish embarked on his first full North American tour in eleven years. At each stop, he hosted a pre-show meet-and-greet with his fans. Two days prior, he was interviewed by Vince Font of the progressive rock podcast Prog'opolis, which was aired a week later on The Dividing Line Broadcast Network (DLBN) as "My Lunch With Fish".

In 2005, Fish won a Celebrity Music edition of The Weakest Link, beating Eggsy of Goldie Lookin Chain in the final round, sharing £18,750 with Eggsy's charity and his own.

Fish has sometimes been compared to Peter Gabriel, lead singer of Genesis in the early 1970s, and his voice has even been described as "uncannily close". Music journalist David Hepworth described his voice as a "conflation of Roger Daltrey and Peter Gabriel". Fish has acknowledged Gabriel's influence on him and some vocal similarities, but has rejected accusations from some critics during his career that he does not have a unique voice of his own. Peter Hammill of Van der Graaf Generator was also a major influence on his songwriting and vocal delivery, which is especially notable on the first two Marillion albums.

Following a legal dispute with EMI and an unsuccessful contract with Polydor, Fish established the Dick Bros Record Company in 1993. He released a number of "official bootleg" albums to finance the company before selling it to Roadrunner Records. Another financially unsuccessful period followed before he re-established his own Chocolate Frog Records record label in 2001. In 2005, Fish signed with Snapper Music but later returned to Chocolate Frog Records.

In May 2008, Fish's Planet Rock show 'Fish on Fridays' won the Silver award in the Music Broadcaster of the Year category at the UK Sony Radio Academy Awards 2008. In June 2008, at the New York Festivals Radio Broadcasting Awards, he and Gary Moore jointly received the Gold World Medal in the Regularly Scheduled Music Program category for their respective shows on Planet Rock.

Fish was offered and accepted a part in the 1986 film Highlander (for which Marillion were also offered the soundtrack) but he eventually had to turn it down due to his tour commitments with the band. Fish first appeared on terrestrial television with the "The Comic Strip Presents..." episode "More Bad News" in 1988 as himself.

His first acting role was as a guest star in an episode of "Zorro" called "The Newcomers" (aired 10 February 1991) but a more prominent role was as the thug "Ferguson" alongside John Sessions in Jute City, a four-part 1991 BBC drama based on a group of Masonic ruffians.

In 1994, he appeared in Chasing the Deer, a film set during the 1745 Jacobite Rebellion, as "Angus Cameron". He also missed out on a role in Braveheart. He spent two days with Mel Gibson in London who kept asking him to be involved but he was committed to touring his Suits album instead.

He played "Derek Trout", a record producer in the 1999 series, The Young Person's Guide To Becoming A Rock Star.

He also appeared as "Barry Judd" in a 2000 episode of the TV detective series Rebus alongside John Hannah.

Later in 2000 Fish would go on to act this time in the popular Scottish detective television programme Taggart episode number 48 "Skin Deep".

In 2001 he auditioned (unsuccessfully) for the James Bond film Die Another Day. He then went on to appear in two episodes of Snoddy, a short lived Scottish television sitcom.

In 2004 Fish played "Finlay Price" in the TV movie Quite Ugly One Morning alongside James Nesbitt, Eddie Marsan and Annette Crosbie.

In the 2005 film, The Jacket, Fish appeared alongside Adrien Brody and Keira Knightley as a patient "Jimmy Fleischer" in a mental institution and he played "Uncle Jimmy" in the 2012 comedy drama 'Electric Man'.

Fish married his first wife, Tamara Nowy, a German model who appeared in the "Kayleigh" music video, "Lady Nina" music video and "A Gentleman's Excuse Me" music video on 25 July 1987. They had one daughter, Tara Rowena (Taz) born 1 January 1991, who is currently a model for 'Colours Agency' and in 2012 was a nominee for 'Scottish Model of the Year'. Fish and Nowy divorced in 2003. Following his divorce from Nowy, Fish was in a relationship with Mostly Autumn singer Heather Findlay.

In 2008, Fish revealed that he would be taking at least six months off from singing due to an "irregular cell growth" in his throat. This was later determined not to be cancerous.

Fish is a lifelong fan of Edinburgh football club Hibernian.

Fish has a keen interest in marine science.

Politically, Fish has identified as having "a lot of socialist trends" despite working in a capitalist industry. Fish is a supporter of Scottish independence because he is "dismayed" by the UK's anti-European stance and does not believe a "London-based government" is "beneficial to the UK as a whole". Fish has argued that independence could "shake up British politics" to ensure a more "fair distribution of wealth" throughout the UK. However, he declined to actively campaign in the 2014 Scottish independence referendum because he believes it would be "hypocritical" as he is planning to leave Scotland for Germany to live with his partner and her young son.

Some of these live albums were first released as "official bootlegs" sold via mail-order and on tour. Several of these have later been released to retail. 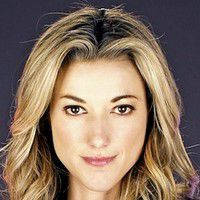 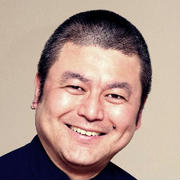 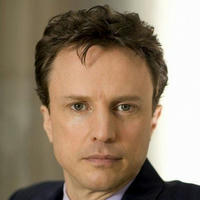