Between 1999 and 2004, she worked as staff member for National Party federal ministers, Mark Vaile, Larry Anthony, and De-Anne Kelly before her election to the Senate. In 2008, she was appointed Shadow Parliamentary Secretary for Water Resources and Conservation on the Opposition frontbench, but was asked to resign by Opposition Leader Malcolm Turnbull when she expressed her support for a motion by the Australian Greens to block the introduction of up-front tax breaks for carbon sinks. She did so, and subsequently crossed the floor with four other National senators to vote for the motion. After the 2010 election she returned to the Opposition frontbench when appointed Shadow Parliamentary Secretary for Regional Education by Opposition Leader Tony Abbott in September 2010.

Following the 2013 federal election, Nash was appointed as Assistant Minister for Health in the Abbott Government. In February 2014 she came under scrutiny after it was revealed that her chief of staff, Alastair Furnival, held shares in a lobby group, which culminated with his resignation the same month. In March the Senate formally censured Nash after she missed a deadline to produce a letter Furnival apparently wrote, outlining how he would avoid conflicts of interest, given that his wife owned a lobbying company, Australian Public Affairs, which represented junk food clients.

Nash was born in Sydney and was educated at Mitchell College of Advanced Education in Bathurst, New South Wales, where she graduated in arts. Nash is married to David Nash, a farmer, and they have two sons. They live in the Young district in the south-west region of southern New South Wales. 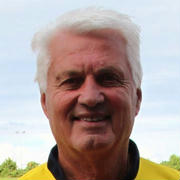